Last night I had the pleasure of seeing the Fly Fishing Film Tour here in my hometown of Boulder, Co.... 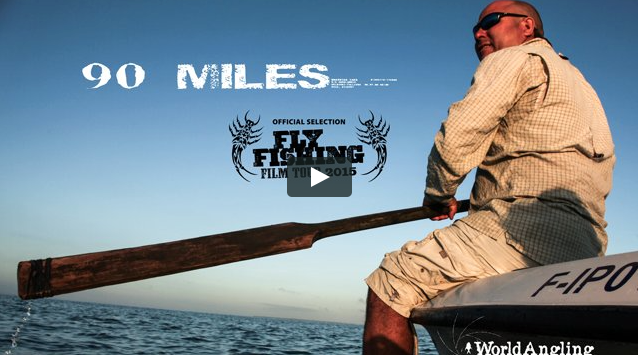 Last night I had the pleasure of seeing the Fly Fishing Film Tour here in my hometown of Boulder, Co. with a 1000 + people and what looked to be a sold out show at the historic Boulder theater. With good reason… This year’s line up of films was in my opinion one of the strongest in recent memory. I think this was due to the fact that many of the films had a specific message, whether that was about conservation or helping people in need… that and they were all very well crafted stories. The film makers really upped their game this year. I’ve posted a few of my favorites below, but be sure to check out the site for remaining stops on the tour and other films over at F3T. If you’re itching for some fishing entertainment this year’s line up is not to be missed.

The thing is: it’s not just a word, it’s a feeling—it’s smiling with a pull of whiskey after a long day in the rain, it’s believing in the unknown. From rendezvousing with 16th generation farmers while discovering un-fished rivers to sitting in lonely line-ups while the snow falls—Iceland’s landscape and culture is an incredible background in which to chase the Yow.

Yow: Icelandic for Yes is a 45 minute surf and fly fishing film, shot using the latest in digital cinema technologies.

Breaking Through: The Story of Larry Fivecoats

Larry Fivecoats served with the 173rd Airborne Brigade in Vietnam in 1966 and 1967. In that time, Larry was involved in over 150 firefights and witnessed very heavy casualties. When he returned from war, he found himself struggling with the lasting symptoms of PTSD and depression, and began to contemplate suicide. Then Larry was introduced to Project Healing Waters Fly Fishing

Want to get involved? Check out Project Healing Waters.

90 Miles is the physical distance between the Florida Keys and Cuba. It is what connects us and what separates us. This film is the first documentary that WorldANGLING has ever produced in a foreign location and what an incredibly cool place to start. Flats fishing for tarpon bonefish and permit is big business in the Florida Keys. Annually, these three species generate roughly 475 million in revenue in Monroe county Fl. This fact has been noticed by the Cuban government as they consider their own fishery and the nascent eco tourism industry that is taking shape there. Will Benson travelled to Cuba as part of a scientific outreach mission with Bonefish Tarpon Trust in November 2013 to investigate the fishery, the culture, the philosophy of conservation and the attitudes of fishermen on the other side of the Gulf Stream. What we learned during this mission was that we are connected to Cuba in many ways, and there is much to learn and share between our cultures. One possibility, is that the Florida Keys bonefish are in fact cuban born and that our fishery in the Keys is heavily dependent on the breeding stock from Cuba. 90 Miles is a story about the natural connections all around us and possibility of working together to protect and shepherd our fisheries.

Two lifelong surfers living in Orange County California, and from opposites ends of the earth, forge a strong, late in life friendship through their shared passion for the obscure sport of saltwater fly fishing. A peek behind the Orange curtain into the Southern California ocean lifestyle through the lives of Capt. Vaughn Podmore & Keith Munemitsu.

SALT 365 was produced by Tight Loop Media in collaboration with The Noble Lab.