One of my favorite new products introduced at the recent International Fly Tackle Dealer trade show is the Orvis Hydrros... 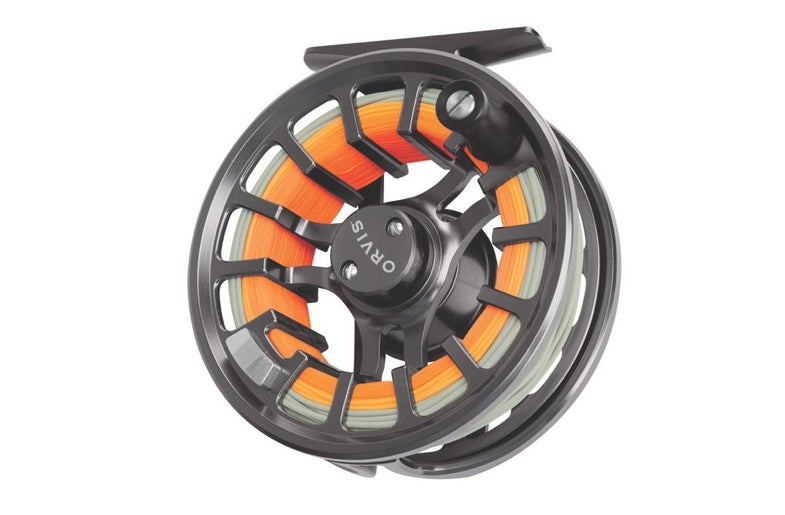 One of my favorite new products introduced at the recent International Fly Tackle Dealer trade show is the Orvis Hydrros SL reel. It didn’t win a “best of show” award, but it earned my vote. And, I am sure it will ultimately be a huge winner in the showcase of public opinion. Orvis will sell plenty of these reels, and you’re going to see a lot of them on the water starting next year.

Here are five reasons why:

1) Price. This reel series starts under $200. ($198 to be exact for a “size II” which is a nice small stream trout size). For $259, you can buy a “size V” that you can take to the salt or salmon river. That’s about as fair a price as you will find for the features that you are about to read. It’s truly one of those, “you don’t have to spend more than this for a reel you can fish many years with” choices.

2) Durability. This is the wildcard, of course, because I’ve only fished the reel a couple times, and you can’t give an honest durability grade for several years, at least not in my opinion. So this is a hunch. But the clutch bearing in the drag is fully sealed now, and that’s where 90 percent of reel problems happen. The spool edge is also thicker, so it’s less likely to bend unless you do something really stupid.

3) The Start-Up. From the “Motorcycle Reel Test” until now, I have been a proponent of start-up (how smoothly does the line peel away and find the drag) as the number-one asset of a trout reel. You don’t need a drag that can stop a fleeing rhino… you need a drag that’s going to allow an angry trout to pull on light tippet without breaking it… especially right after you hook the trout. This reel has that. More than most. Certainly more than most that cost $300 or less.

4) The Retrieve. It winds up 8.2 inches per second in the standard trout size, which is noticeably faster than similar reels in similar sizes. Moreover, the arbor is the width I like best to avoid line from bunching up on one side of the spool or the other as you wind… the line tends to glide back and forth in the groove naturally.

5) The Look. Let’s face it, the reel spends most of its time as a holder of line on a fly rod. The sharper it looks, the more some people like it. Aesthetically, the Hydros SL is intriguing and alluring. I like the gender-neutral color and finish. And it’s not over-engineered for looks to the point that it isn’t functional in the hands. Easy drag adjustment, and a light frame top it off. The trend now in fly rods is to optimize feel, and a light reel, like this one, only enhances that.

All in all, this is probably the best “value” product I saw at the show this year.