How to Land a Massive Trout in Two Minutes or Less

How you handle fish after you catch is critical to their survival. If you’re going to be a catch-and-release angler,... 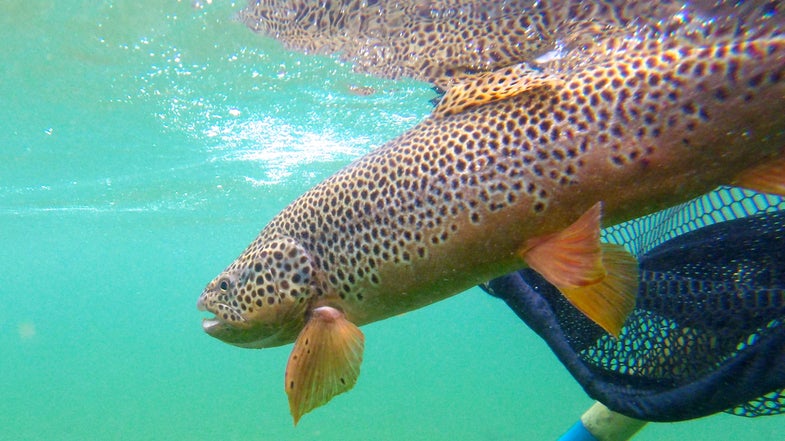 The faster you can land a trout, the better.. Kirk Deeter
SHARE

How you handle fish after you catch is critical to their survival. If you’re going to be a catch-and-release angler, you must do it right. But science tells us that how you fight a fish—specifically, how long it takes—is also a key factor in whether it survives after having been caught. The longer the fight, the more lactic acid builds up, which can be lethal for a fish. This is why I always cringe when people talk about catching large trout, and the first question always seems to be, “How long did it take to land it?” It’s almost as if the longer the fight takes, the better.

I get that epic fights are what memories are made of, but here’s a dirty little secret: It shouldn’t take the average angler more than two minutes to land a trout that’s up to two feet long. Sure, river currents and other factors matter a lot. But all things considered, from take to net, the fight should be no more than two minutes—tops.

How do you get that done?

1. Use heavier tippet. The more I fish, the more I realize that a trout is more likely to eat a good drift on 3X tippet than it is a cruddy drift on 7X.

2. Don’t leave your reel in free spool. Find a good drag setting that matches your tippet size, and stick to it.

4. When the fish’s head breaks the surface, don’t ease up. A trout pointed down is still a fighter, but once they go chin above the water line, they’re toast. They have no leverage, and you can steer them right into the net, so long as you keep their head up. The mistake most people make is to relinquish that advantage and let the trout tilt down. Sometimes, the head is up in a matter of seconds. The fight should be over soon after that.

You might not get as much play time, but the trout, and the other anglers, will thank you for it.