I Want to Fish Like Gordie Howe Played Hockey

A few years ago, while en route to fish pike on Lake Athabasca, in Northern Saskatchewan, Chris Hunt and I... 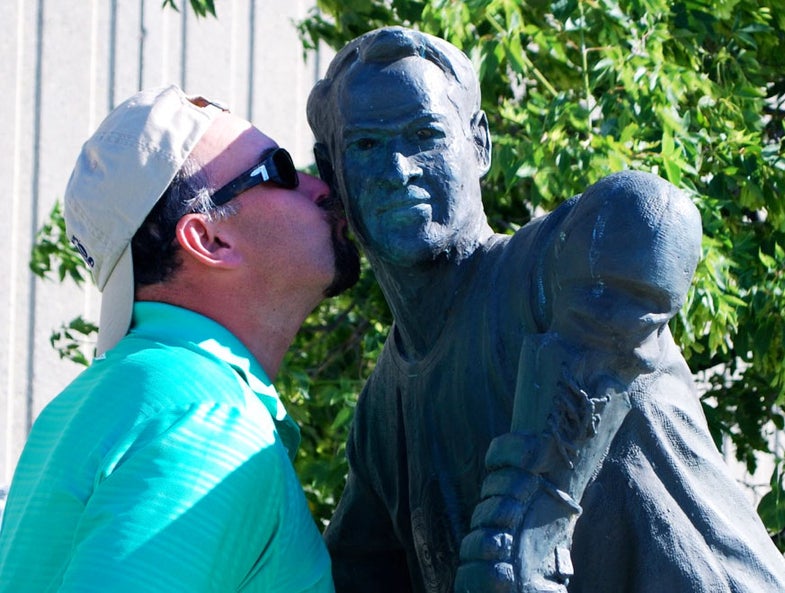 A few years ago, while en route to fish pike on Lake Athabasca, in Northern Saskatchewan, Chris Hunt and I made a side trip during our layover in Saskatoon. We visited a statue honoring one of my greatest sports heroes—“Mr. Hockey” Gordie Howe.

It strikes me as oddly ironic that on a day the world remembers “The Greatest of All Time,” we’ve lost another sports icon who blended finesse and skill, with sheer grit and seemingly superhuman ability. The Gordie Howe hat trick is, by definition, scoring a goal, making an assist, and getting into a fight in the same game. He played in 32 professional seasons spanning five decades.

It’s silly, of course, to equate flyfishing with any “real” sport, but there are loose parallels. I often think of flyfishing and golf as the same basic sport: one played wet, the other played (mostly) dry. I see a lot of correlation between casting and baseball pitching, and I’ve never known a good baseball pitcher who wasn’t a great angler if he wanted to be.

But at its highest form, flyfishing can actually be a tiny bit like hockey (at least in a Walter Mitty context). You need sublime gracefulness that comes only with years of practice to present a fly to that rolling tarpon or finning steelhead. You need to do it in a snap instant of opportunity. And then, when you hook up, you and your foe batter and bruise each other for a bit. The older I get, the more I appreciate the fish that can whip me as much as I can whip them.

Howe passed away Friday at the age of 88. I’m glad Chris and I made that side trip a few years ago.