I Wish I Could Invent a Fly

I have to admit that the weakest part of my fly-fishing game is tying flies. The cast is okay. I’m... 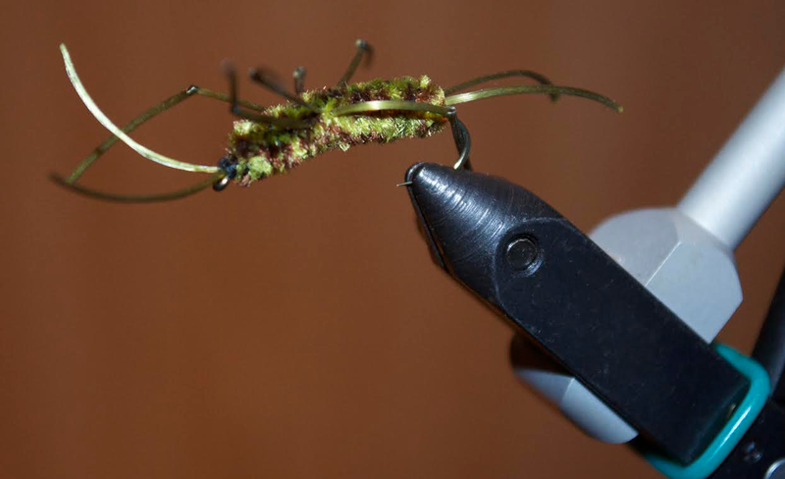 I have to admit that the weakest part of my fly-fishing game is tying flies. The cast is okay. I’m fair at matching hatches. If I have a strong suit, it’s probably reading water and knowing where the fish will be, then figuring out how to get after them.

But I admit that I’ve never really put in the time and effort to get creative at the tying bench. I tie out of necessity, and focus on a handful of staple patterns like pheasant tails, princes, woolly buggers, parachute Adams, zebra midges, and so on. I’m like a cook who can make decent hamburgers and chicken sandwiches, but when it comes to veal marsala, forget it. I’m no chef.

I’m realizing that’s a foolish shame. I think about what my friends like Dave Whitlock, Pat Dorsey, and Jay Zimmerman, and John Barr and others have done, and I’m jealous. Some fly patterns can earn decent royalty money. For example, think about getting a nickel for every Copper John sold, times however many thousand-dozen that must be, and imagine how many bottles of head cement you could buy with that cash.

But it ultimately isn’t about the money, it’s about literally making a name for yourself in the sport. A hundred years after Theodore Gordon invented the Quill Gordon, people still fish that bug with great effect. As I do so, I often think, “Wow, I bet Ted was a really cool guy.” I know Bob Clouser is a cool guy, and I’m pretty sure that 100 years from now, striper guides off Montauk will say that all you need are a high-tied Clousers, brown over white.”

I think the hardest part would be coming up with a good name. You can go the Kelly Galloup route and figure the shock value of names like”Sex Dungeon” will grab attention. Of course, using your name is always a safe play. Barr’s Emerger. Pat’s Rubber Legs (pictured here). But who would ever want to buy the “Deeter Skeeter” or the “Jerky Kirky” (and no, I am not inviting suggestions for outrageous flies using my name, thanks anyway).

What would your fly be called?