Nobody “Owns” the Fish (But All Anglers Owe Them)

You can own the land around the lake. Even own the bottom of the river. But you can’t own the... 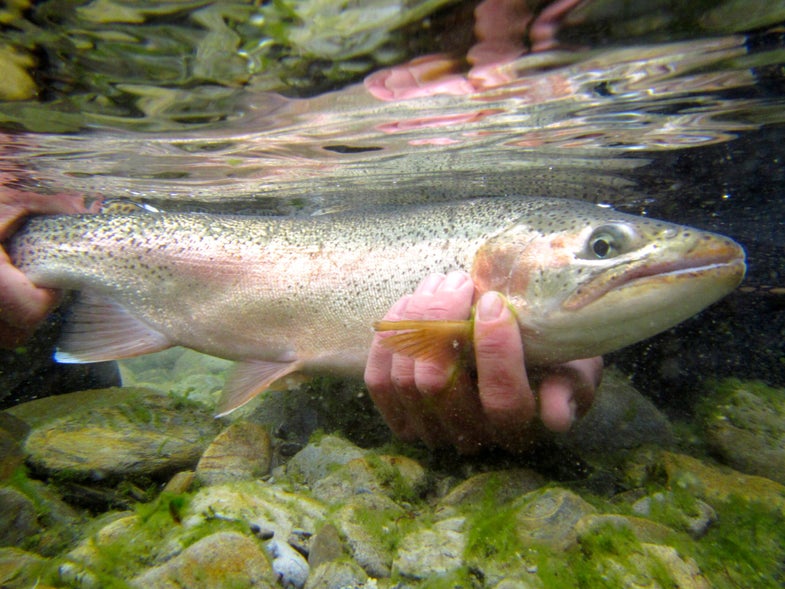 You can own the land around the lake. Even own the bottom of the river. But you can’t own the fish. Well, at least not until you catch them.

That, to me, is the beauty of fishing. But lately, the “who has what rights to what water” thing has reared its ugly head, as it does every so often. Now the big hub-bub is over proposed legislation in the Bahamas. I love fishing in the Bahamas. Been there many times. And I have to tell you, if I were a working guide on Acklins Island, and some mother ship of Americans pulled up and set up shop with a bunch of kayaks, I’d be really pissed about that.

But on the other hand, if you’re going to write me a ticket and confiscate my gear for walking up a sand flat in the morning by myself, as I’m waiting for my family (which I have flown to your island to stay in one of your resorts) to wake up … well, screw that. I’ll stay home and fish for carp. They’re harder to catch anyway, and they’re free. Nobody wants to “own” carp.

It’s all sad, really, but not that new. Keys guides have started fistfights, and burned each others’ boats, and worse, for staking off on the wrong tarpon flat at the wrong time. I’ve seen trout guides throw rocks in the run another guide is fishing, because they feel entitled. Which is bull.

I once paid for a guided trip on a certain island, and at the end, asked the guide, “Hey, where might I go to noodle around on my own some evening?”

My intention was to not come right back to the same spot we just fished, because I didn’t want to pound the flat. And I didn’t want to be in his way. So he could have steered me anywhere he wanted. Instead, he told me (after I had handed him his fee, and a fat tip, in cash) that there really were no DIY areas on the island and that it was, in fact, illegal to fish without a guide. Which was fine, until I discovered that was an outright lie.

One of the biggest dangers to fly fishing is that it becomes a purely pay-to-play scenario. That’s no different than if all hunting were high-fence hunting. I’m not interested in fly fishing unless there’s an opportunity to go out and experience, and fail, and learn, and enjoy, on your own. And while I acknowledge that guides often add to the quality of the experience, and I see the value of limited access (limited pressure) and all that, I think there should be equal opportunity. The Dean River in BC is a classic example of how this type of compromise can be reached.

I like to write about things people can do without paying an arm and a leg. If I didn’t, you’d call me “elitist.” That’s exactly why some people call fly anglers snobs. Now we’re fighting like snobs.

The real issue is habitat. The irony is that while so many have spent the week with their knickers in a twist over proposed legislation that would affect a few thousand anglers and a handful of lodges in the Bahamas, Trout Unlimited released a massive “State of the Trout” report that explained how 52 percent of the remaining native trout species in America (three are extinct) now occupy less than 25 percent of their historical habitat. All of them face at least one major threat. The report also explains what we should do to fix that situation.

We need to wake up and smell the coffee. Unless we get serious about keeping the trout and bonefish habitat we have — and enhancing more of it, for more people to experience, with a guide or on their own — in 50 years, the discussion over who should have the rights to fish where the Bahamas won’t matter at all.