How about some pre-Fourth of July fireworks? Here’s a chance to win a Cabela’s “Theorem” Fly Rod. That’s a $260... 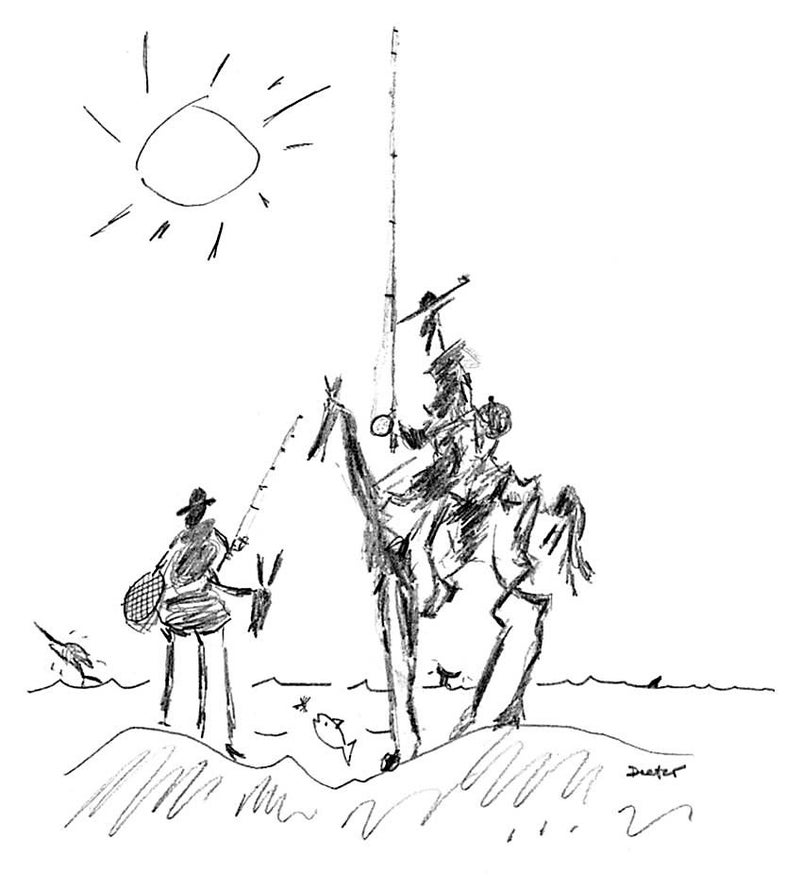 How about some pre-Fourth of July fireworks? Here’s a chance to win a Cabela’s “Theorem” Fly Rod. That’s a $260 value. High modulus graphite, nano-silica resin, recoil guides… easily on par with some rods that sell for more than twice that amount, and probably the best all-around value fly rod in the world today.

OR… if you are saltwater situated (or chase carp) you should choose an “Atoll” model rod. That’s a $300 value and a rocket for launching large flies.

The good people at Cabela’s will match that with a new WLX II reel. An absolutely great, conical, fully-sealed drag makes this reel bomber at $200-$230 depending on size.

That’s a big prize package. So we’re making the challenge bigger than a mere photo caption.

We want you to summarize IN ONE SENTENCE ONLY the plot of the fictional book that would accompany this artwork/cover. The book is titled…