Pink Terrestrials: A Hot Fly for May Trout

Is it just me, or are you all seeing more terrestrial flies along the rivers this early in the season?... 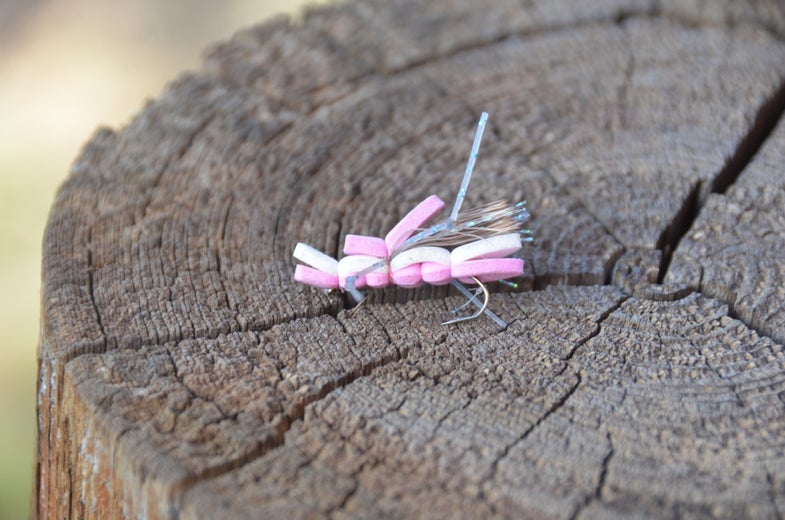 Is it just me, or are you all seeing more terrestrial flies along the rivers this early in the season? I don’t know if it’s a cyclical thing, but I swear, I’m kicking up more hoppers than I can remember at this point in May.

I suppose those insects are always around in the warm months, and we anglers don’t tend to fish terrestrial patterns that much in spring because the trout tend to focus on the hatches of mayflies, stoneflies, and caddis that are naturally occurring in abundance now. When there are olives on the water, for example, tossing a fuzzy hopper pattern into the mix usually doesn’t work. In fact, that can shut down the rises in a hurry.

But there are windows when the hatches abate, and things go calm for a while. And during those times, I’ve found it to be far more effective to throw a terrestrial to tease a bite, rather than throwing the sporadic mayfly dry, hoping to simulate a hatch that really isn’t happening.

Another thing I’m learning is that pink is the hot color in those situations. I have absolutely no idea why that is.

But give it a try and see if it works. During the lull, the terrestrial may just be the ticket. And when the hatch is on, tuck those big bugs back in the fly box.