When you think about it, poppers are the ultimate dry flies. It’s one thing to watch a trout come up,... 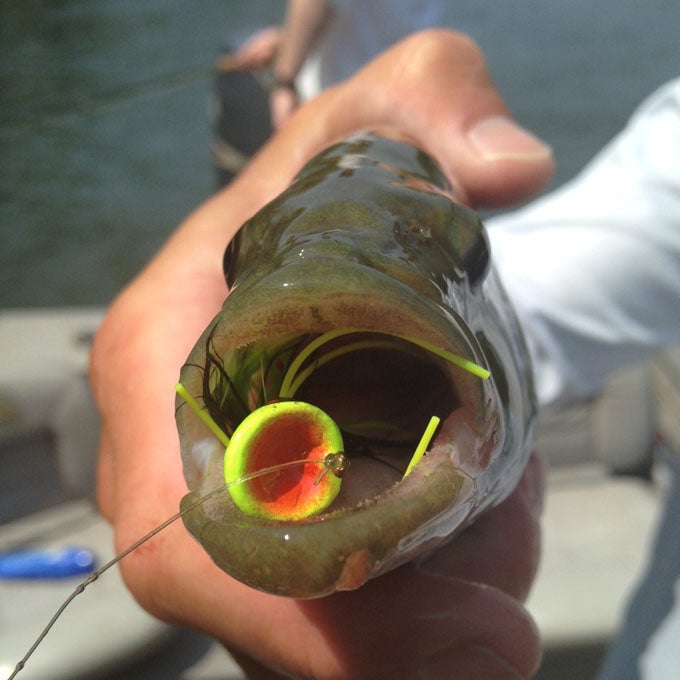 When you think about it, poppers are the ultimate dry flies. It’s one thing to watch a trout come up, slowly inspect, and then slurp down a grasshopper fly. But watching other fish (sometimes trout… think mouse flies) whack a popper off the surface will make an angler downright giddy. Here are some tips/reminders I picked up from guide Jon Ray the other day when we were fishing Michigan’s Lower Manistee for smallmouth bass that will make your popper fishing more effective.

1. Use the Rod to Make the Twitch
I often say, when it comes to mending line, roll casts, and so forth, “They make fly rods 9 feet long for a reason.” Use that leverage of the long rod to create the popper action. After you make a cast against the bank or over the weeds, simply lift the tip of your rod with an abrupt flick. It isn’t much more than a twitch. That little flick gives the popper just the right action. It shouldn’t pull the fly out of the water. Stripping with the line plows the popper a bit deeper, which is fine, but the sporadic flick of the rod tip, skyward, works much better. After you flick, remember to strip in the slack line you’ve created.

2. Let the Fly Sit
After you twitch the popper, you want to let it sit. Too many repetitious jerks on the line will actually turn the fish off. With freshwater bass, particularly, you want that thing to look vulnerable. As many strikes on a soft plastic bait will often happen on the drop, as you let the bait fall in the water, most of the popper strikes will happen during the pause.

3. Water Load the Rod
The reason many anglers don’t use poppers is because they are harder to cast with a fly rod. They’re often big, bulky and less wind-resistant than a typical dry fly. The key to making the popper cast work is to create energy on the backcast that loads the rod. Have the rod tip pointed close to the water surface when you start your cast. Use surface tension to load the rod, accelerate to a stop on the backcast, then go steady and smooth on the forward cast. The backcast is the engine; the forward cast is the steering wheel.

Make a point to do some popper fishing now. It’s prime time. Hopefully, these little refresher tips will help.