Last week’s caption contest proved once again that you folks are funny. The responses ranged from witty to weird (which... 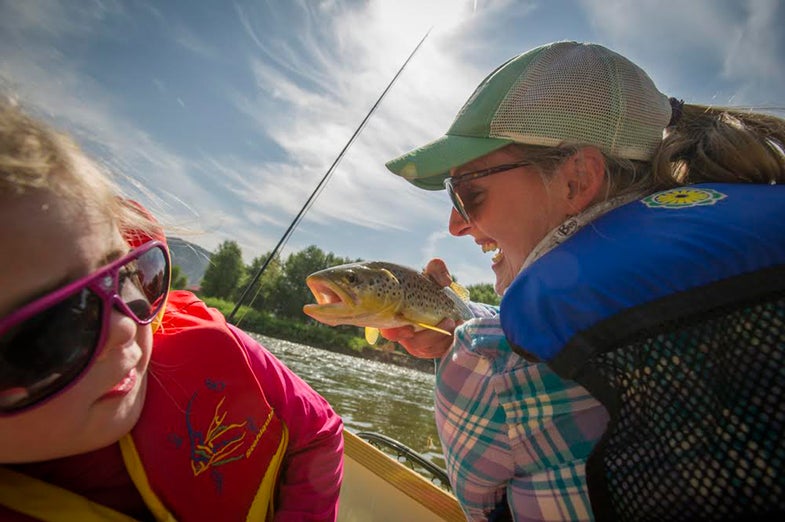 Last week’s caption contest proved once again that you folks are funny. The responses ranged from witty to weird (which I kinda dig). Picking one was especially hard this time, but, after careful consideration, I gotta give the set of Tacky Fly Boxes to MattM37, who wrote, “And some years later, the Romanos wondered why their daughter took up golf.” Nice work, Matt!

As for the rest of you, here are my favorites…

from TeamAsgrow who wrote, “The main reason to have kids…just to scare and embarrass them in public.”

from Cbass123 who wrote, “Seeing that little brown trout caused her to leave her parent a little brown present of her own.”

from jiver who wrote, “Pssst…hey, little girl, I’m drowning here—tell this old lady to throw me back in already!”

from jessdt100 who wrote, “Get that fingerling away from me! I only kiss browns over 20 inches.”

from ktowner who wrote, “Can you hold this? Your dad fell in again.”

from Nympho who wrote, “A little girl floating her boat, caught a fish and did not gloat. Mom held this fish, and asked her to kiss, he said no, Mom, I won’t.”

from KC Angler who wrote, “Brown trout, brown trout, what do you see? I see a little girl frightened of me!”

from northlander73 who wrote, “Parenting Tip #1: kissing boys is the same as kissing a fish.”

from CO-TroutBum who wrote, “Despite Dad setting curfew at a very reasonable midnight and mentioning that the trusty shooting iron was exceptionally oiled, Mr. Brown still leaned in, mouth agape, for a sloppy smooch just as the preschool prom photo was snapped. He was promptly escorted out by mom.”

from Stephen Spoor who wrote, “Mom, do I look like I have time to look at little fish when there are big ones to catch!”