The Truth About Fly-Rod Reviews

As someone who has written more fly rod reviews than he can remember, I have some straight advice to offer:... 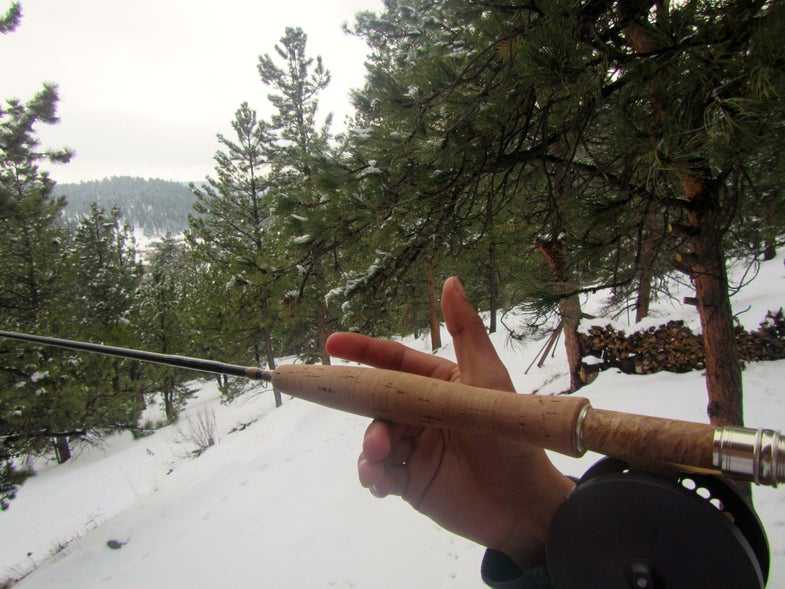 As someone who has written more fly rod reviews than he can remember, I have some straight advice to offer: Don’t ever NOT buy a fly rod based on anything you read. Reviews should pique your interest, maybe steer your decision a little, but they should never outright disqualify an option. If you notice a critical mass of sentiment that proclaims a “wonder stick,” well, yeah, you might want to check that out. Because there is never, ever consensus in anything related to flyfishing. I honestly don’t know of a bunch of people more willing to literally split hairs and debate the smallest details more than fly anglers. Which is usually a good thing. When a lot of anglers say great things about the same rod, you should pay attention. But don’t ever let anyone (myself included) talk you out of a rod that you pick up and love. It’s O.K. to buck the trend.

There are just too many variables in a total flyfishing setup to realistically make a blanket evaluation for everyone. We can talk about total weight, and tapers, and where the rod flexes, how it generates line speed (or not), the graphite and resins that influence action and durability, etc… But it’s totally impossible to factor in every single variable, given the zillions of rod-line-reel combinations that can be made these days. And the most important variable is the caster himself or herself, right? I have friends who swear by certain rods, and can throw elegant, efficient loops with them, but when I cast those rods I just don’t feel the love. That goes the other way too.

I think the Five-Weight Shootout that the crew at George Anderson’s Yellowstone Angler produces is a wonderful thing. I read it every year. I applaud those guys for really doing their homework, and I love how they put everything in the same pool—expensive, inexpensive, domestic, imports, etc. They’re credible anglers, and their methodology is fair and straightforward. But if you switch one variable, like changing the standard fly line, or the reel, or the length of the rod tested, that’s going to influence the rod performance substantially—and maybe change the results from where they landed. I’m not knocking those guys, because I certainly don’t have the time or patience to test so many rods and grade them in such detail, but I’ll give you an example of how a couple subtle changes can skew an impression.

The Thomas & Thomas Spire landed at No. 17 the Shootout list, and a large part of why it got dinged was its weight, particularly swing weight. I don’t fault the logic, but I’ve been playing around recently with an 8-foot 9-inch version of the Spire 5-weight, which is a few inches shorter than the 9-footer they tested, and that definitely influences swing weight, and the way the rod loads (and we’re talking about weight differences equivalent to a penny or two to begin with). I actually love the Spire, and think (as do the Shootout testers) that the craftsmanship on a Tom Dorsey rod like this is superb. They also tested with a half-weight heavy line, and I like the 8-9 Spire with a truer matched line, but that’s just me.

Again, I’m not criticizing the Shootout. I think it’s great. I agree with the test team on 90 percent of their analyses, especially the Scott Radian. But what I’m saying is that I might choose a different reel, or line, and I might factor in other variables (like what these companies do to support conservation and specialty fly shops), and my results might therefore be a little different. You might change the criteria even more, and your results might be different than mine, or theirs, or anyone else’s.

And yours are the opinions that ultimately matter most.

This all kind of reminds me of horse racing, and trying to pick a winner. I can go to the track, and read the Daily Racing Form in detail, factoring in track conditions, and how a horse rates, past performances, and Beyer numbers. And then I look over at my wife, and she says, “I like the gray horse, because he’s pretty.” She wins. I don’t.

Same thing with fly rods. She looks at a rack of rods, and says, “I like the pretty blue one,” and then goes out and catches scads of trout with that rod, if for no other reason than she likes it.

Maybe the most important factor is that you make friends with your fly rod. And I think that starts at the fly shop. It takes a visit to a specialty fly shop, and working with people who understand fishing, and test-casting to really form the best feel for a rod. You cannot get that by just reading reviews, and you certainly can’t get that by shopping online.

Trust your gut. My words, and those of others, are largely intended to help you, but nothing more. When you cast it, when you feel it, you will know.