Congratulations to the Team USA (which includes Tim and my good friend Russ Miller) for earning it’s first ever team... 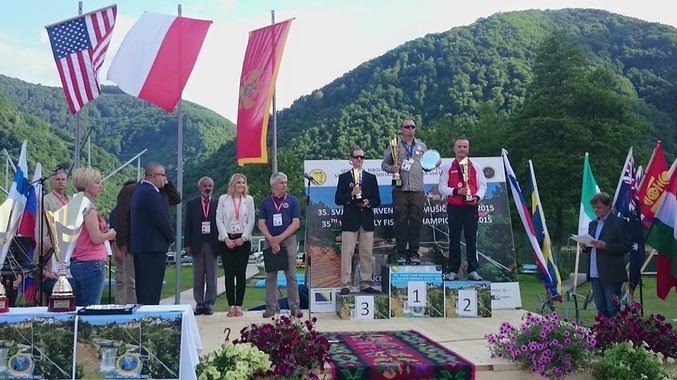 Congratulations to the Team USA (which includes Tim and my good friend Russ Miller) for earning it’s first ever team medal — a silver — at the World Fly Fishing Championships this past weekend. The event was held in Jajce, Bosnia, and included 27 teams from around the globe. Spain claimed gold, while host Bosnia/Herzegovina took bronze. American Devin Olsen took individual silver as well.

The competition dates back to 1981, and has been dominated by European teams, as rules mandate, there are no weights, no strike indicators, and other techniques commonly accepted in America. Thus the “Euro nymphing” techniques, which [we’ve written about here](https://www.fieldandstream.com/articles/fishing/2012/05/international-nymphing-czech-trick/ and in the magazine), are used. Teams compete over three days at different venues (rivers and lakes) and measure the trout they catch, length not weight, then release them immediately. Total length determines places.

This event will soon be followed by the World Youth Fly Fishing Championships, to be held in Vail, Colorado August 10-16 http://www.wyffc2015.com/. And next year, the big show, the 36th FIPS-Mouche World Fly FIshing Championships, will also be in the Vail Valley September 11-18.