Welcome to “Augtember,” the Greatest Month of All

If I could do the “Groundhog Day” thing, and live one chunk of time, over and over again, it wouldn’t … Continued 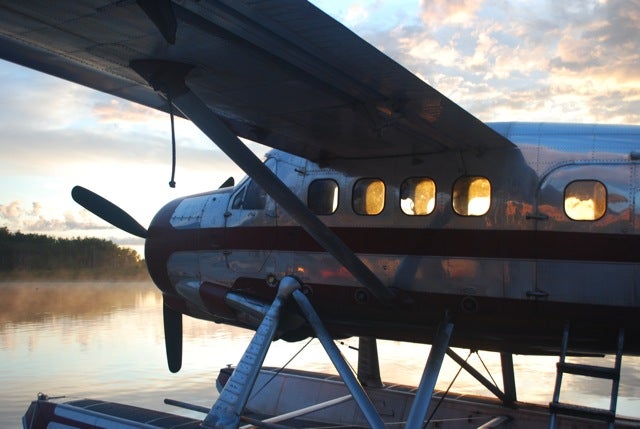 If I could do the “Groundhog Day” thing, and live one chunk of time, over and over again, it wouldn’t be a single day. It would be a month. But it wouldn’t be a calendar month. It would be the next 30 days, starting now. August 15-September 15. I’ll call it “Augtember.” If you fish, if you hunt… if you like to hike or bike, and generally be outside, now is the apex of the season to be outdoors in North America. And here are 25 reasons why “Augtember” is so prime, whether you live in the Rockies (like I do), or the Northeast, or the Midwest, or wherever else outdoor aficionados love to be.

1. Days are getting shorter, and you feel it. So that natural switch in your brain drives you to get the most out of every day… every moment, in fact.

2. Warm days and cool nights. Nothing better than sweating in the sun at noon, and having to pull out the fleece or the sweatshirt when you sit around the campfire at night.

3. Rivers are clear, and fish are ready to play. All that runoff stuff is a distant memory. And the onset of winter isn’t too far away. Fish know that. They’re on the feed, and they’re in the mood.

4. School starts again. As a kid, I absolutely hated that. As a parent, I’m feeling the mojo.

5. The tourist traffic ends. Those of us who live in “destination” places appreciate the boost to our local economies, but now we get to experience and appreciate why we live in those locales in the first place.

6. It’s time to water ski. I always made my best turns when I knew they’d be my last of the season, and pulling the boat out at the end of the summer with my brother, while melancholy, was a special deal.

7. You get your hunt game on. You’ve been fishing all summer, but now you start thinking about birds, and deer, and elk, and all that stuff.

8. Elk bugle. If you didn’t already have your hunt game on (but you live in the Rockies) you’ll start to hear the bulls bugle at night and at dawn. It’s a sound that will haunt you for the other 11 months of the year. Keep your ears open, starting now.

10. Silvers run in Alaska. We love every salmon species (almost) equally, but let’s be honest… silvers fight hard, they eat dries… silvers (Cohos) are the coolest of all salmon. They aren’t the biggest, but they’re the baddest.

11. Northern Pike get mean. I have a piece coming up in the magazine on fall pike, so that’s a teaser… but fall pike are fat, smart, and incredibly challenging to hook. Now is when they have attitude.

12. Carp come out of the doldrums. Carp fishing is fun, but it’s dead when it’s hot and bright. Now is when the golden ghosts wake up again and start to play ball.

13. Tarpon roll on the flats. Everyone’s all about the May-June thing, but barring hurricane weather, Augtember probably offers the best legitimate shot to catch a silver king.

14. False Albacore. Yeah, we’re all still waiting for the striper blitz in the Northeast, but the albies start now, and they’re probably the hottest fish you can catch on a fly rod.

15. My birthday, my son Paul’s birthday, and Tim Romano’s birthday all fall in Augtember. Let’s celebrate!

16. Leaves change. Granted, peak fall colors back East are still a month away, but that first twinge of yellow on quaking aspens in the high country is pretty inspiring.

17. Football season starts. You fish, you may fail, but you get to go watch your alma mater at night, and in September, every team is still in the BCS mix.

18. Half-dollar snowflakes. If you live in the Rockies, odds are you’ll see the first flakes of snow this early in the season. But they’ll be big, fat, and light, and they’ll trigger a blue-winged olive hatch on your favorite river that may just blow your mind.

19. You’ll appreciate thunder, and hummingbirds. You know you might not hear the distinctive sounds of either until spring rolls around in several months.

20. Meteor showers. There’s nothing quite like being at elk camp during archery season, or climbing out of a river at the end of the day, and watching streaks lighting the night sky.

21. Colorado peaches, and Silver Queen corn. With all due respect to my friends from Georgia, there is nothing like a Palisade (Colorado) peach. And my Jersey and Pennsylvania friends have the sweet corn market cornered at this time of year.

22. You’re on your game. You’ve had all summer to iron out the kinks. You’re doing your best fishing, and making your best casts, right now.

23. The smell of the fireplace. Odds are, you’re going to light it up for the first time in months.

25. We all give thanks. This is the time of year when we all start reminiscing about what happened over the course of the summer. What we caught. What we missed. Who we fished with, and who we remember. Augtember is thanksgiving month for anglers… and it’s when we start making plans for the next summer. That’s the true value of fishing, after all, and its never more peak than it is right now.

Enjoy Augtember, my friends. Soak it in. Make it last. Catch many. Because, sadly, we can’t do this again, and again, and again. We’ll have to wait another full year for this magic. But, if you make the most of what’s happening now, the memories will be locked in place. And that will be good enough.