With all due respect to my friends in the television and video world, no, I’m not talking about you. Because... 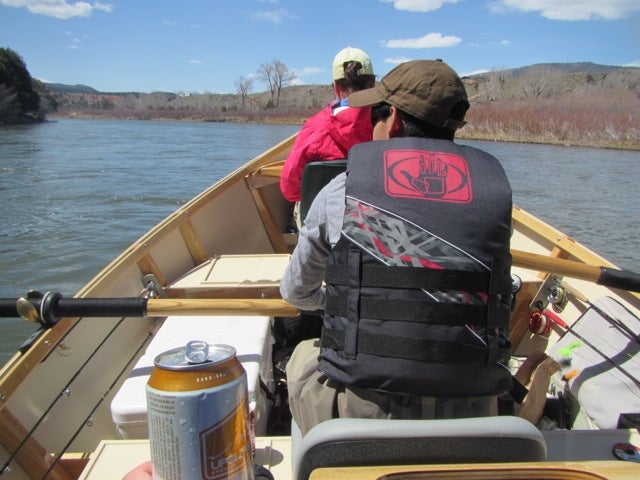 With all due respect to my friends in the television and video world, no, I’m not talking about you. Because while I might genuinely enjoy (and learn from) watching great fly-fishing escapades on the large (or the small) screen, I’d never, ever trade holding a cork grip in my own hand for watching someone else fly fish in a movie or a television show.

But I found a situation where being the spectator is indeed the best role of all. Hear me out…

Those of you who follow Fly Talk know I just bought a new dory. My first drift boat. It’s a totally dialed Boulder Boat Works TU Limited Edition model … a veritable Cadillac for the river with wood trim and all the best accents. (Dammit, I’m nearly 50 years old, and I’ve literally rolled thousands of river miles all over the world, so when I finally get my own dory, it’s going to be something special!) I have no regrets whatsoever.

Though we’ve now named it “Fred’s Fault” and Captain Kirk cannot help but also nickname her “The Enterprise,” I think her most fitting nickname is the “Stealth Bomber” because she’s so dang quiet. She has high sides to handle big water (because I live in Colorado) but even so, with amazing details like felt pads on the oar locks, the boat is a whisper in the riffles. It rides with a hush (unless I get clunky with the oars) and is remarkably nimble. I’ve already towed the boat up to Montana and have fished the fabled rivers near Missoula.

But the best trip of all was the maiden voyage down the Colorado River, with my wife, Sarah, and my 14-year-old son (my only child) Paul.

Now those of you who have already made the parenting voyage into the teenage years know where I’m headed with this. Suffice it to say that when they get too large for you to pick up and hold in your arms or put them on your shoulders, a drift boat on a trout river might be the best place to feel that same sense of connection. And I cannot think of a better place to cement the bonds of a family of three.

But it gets even better when your kid says, “Hey Dad, can I have a turn on the oars?” And then he proceeds to slip along the bank like a veteran river guide, and then your wife happens to tag a 19-inch brown trout. And all you do is sit in the back seat, crack open an ice-cold beer from the cooler, and watch it happen.

I’d trade all my casts, and all the trout I’ve ever caught–or ever will catch–to watch that scene replay itself, over and over.