Who Cares About Fly Rod Colors?

I know the fly rod makers do. On my recent tour of the Sage fly rod factory in Bainbridge Island,... 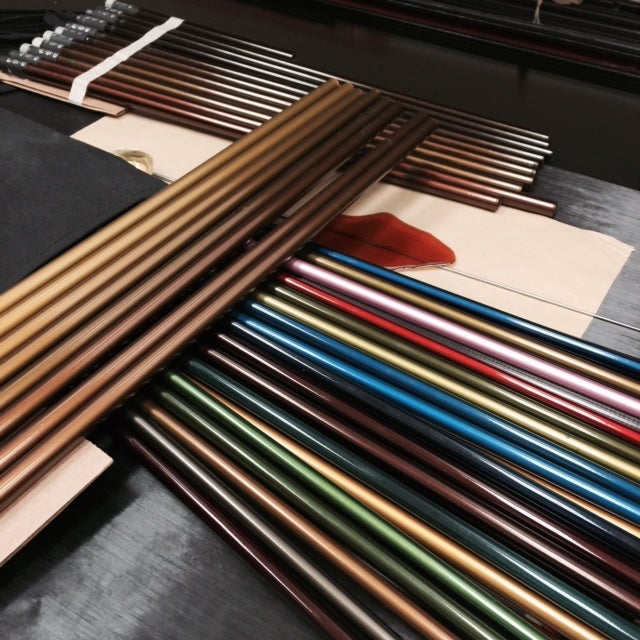 I know the fly rod makers do. On my recent tour of the Sage fly rod factory in Bainbridge Island, Washington, I found it interesting just how much attention and detail goes into the color palette. Actually painting them is a matter of pulling them through a squeegee thing at a certain pace and angle. The paint in the can can be switched out fairly easily. But the time and effort that goes into deciding the paint in the can is pretty exhaustive.

I wonder how many anglers actually care about rod color, and how much. I suppose there’s a major subliminal effect as well. You might not think you’re gravitating toward a certain rod but you do. And vice versa, you might not think you’re shunning a certain rod but you are. I’ve never been hot on candy apple red or maroon rods. I had one once, and sold it.

I don’t remember many outright “ugly” rods though… with one exception: hands down the ugliest rod ever was the original G.Loomis NRX with those freakish robin egg blue wraps. Not that that stopped me from buying one. I still think that’s one of the best-casting fly rods ever made. Romano thinks it’s gorgeous. I always appreciated how it stood out in the crowd, for better or worse. Still, Loomis eventually decided to add some more muted green wraps to that model for a reason.

My wife has never been a fan of pink rods for the sake of being pink. But now that so many of those pink products are dedicated to breast cancer causes and so forth, that problem has taken care of itself (Sage Grace packages benefit Casting for Recovery, etc.) If you’re marketing a pink rod for any reason other than supporting a women’s related cause, that’s bad form.

The Sage One was a leap of faith. All black. Stealth bomber looking. Darth Vader looking. Named the “One.” If that rod didn’t back its looks up, it would have been a problem. But it did.

And that, I think, is really the point. I don’t think anyone is going to buy a rod on looks alone. Anglers will call BS on a pretty rod that casts like a dog. Maybe if someone were test casting and it came down to two models, the aesthetic factor might tip the decision one way or another. But have you ever NOT bought a fly rod because of how it looks? Or have you ever bought one BECAUSE of how it looks? I don’t know… Winston has made an awful lot of money on the power of a distinctive green paint job.

Maybe we do and we don’t realize it.