Photograph courtesy of Riverhugger/Wikimedia Commons This is one of the ugliest, most heartbreaking scenes from a river I’ve ever witnessed.... 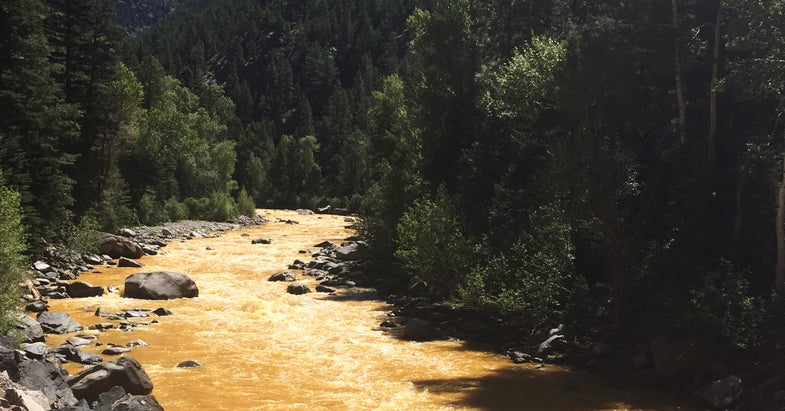 This is one of the ugliest, most heartbreaking scenes from a river I’ve ever witnessed. That’s the Animas River in southwestern Colorado, one of my favorite rivers in the world. I’ve always wanted to do a story on “stepsister” rivers—you know, rivers that are near another, more famous river that can actually fish just as well and be just as interesting. Many anglers visit this region to fish the San Juan in New Mexico. I like the Animas more, though. I’ve caught more giant brown trout on black and cinnamon ants behind the shopping center right in town than I can remember. I never wrote the story because I didn’t want to hurt the river; I wanted to keep it a secret.

Now, the Animas has received press—but for an unfortunate reason, not praise. Apparently, the EPA is responsible for releasing upwards of 3,000,000 gallons of mine waste into it. The jury is still out on the waste’s long-term effects on fish and the river, but use your imagination…

So, now the finger pointing begins. Sadly, it’s ironic that the Environmental Protection Agency (EPA) is taking the heat—and some of the agency’s critics are loving that. Some even suggest that Colorado should sue the EPA. But let’s be honest here. The blame for a spill such as this rests with the people who put this toxic crap near the river in the first place. Granted, we’ve all learned a lot since some of these mines were first dug. For instance, now we know that if you create a reservoir of poison, there’s no way to guarantee that it won’t get into the water you’re trying to protect, no matter what you do.

Hopefully, the Animas will soon recover. More to the point, however, we should see this as a clear reminder of how mine tailings and a river used for recreation (a greater economic driver in many cases) do not mix.