I seldom take fashion news seriously, not because my wardrobe originated in a buy-one-get-one-free bin, but rather my belief that... 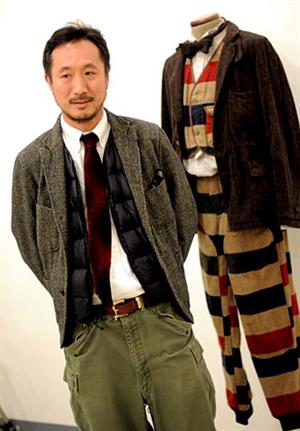 I seldom take fashion news seriously, not because my wardrobe originated in a buy-one-get-one-free bin, but rather my belief that high fashion is more about art than the actual wearing of clothes, and as such, why get worked up about it? Of course it looks ridiculous, is obscenely expensive, and serves absolutely no purpose other than to provoke a response. That’s what art is supposed to do.

But sometimes you come across something so transcendentally inane it simply begs to be ridiculed.

From the s_tory in Newsweek__:

Introducing haute Americana, one of the most powerful–and paradoxical–forces in men’s sportswear… in recent years a number of tastemakers, many foreign, have dedicated themselves to reviving iconic American clothing for a hip new audience…The result–on ample display in places like Brooklyn, N.Y., and Portland, Ore., where certain streets now resemble catwalks crowded with bookish lumberjacks–is a subset of prosperous peacocks paying a premium for garments originally meant for mining or fishing, then wearing them to tapas bars and contemporary art installations._

So now we have a sensitive, limpid-eyed guy shuffling down the sidewalk of a trendy shopping district on his way to open-mic poetry night, Chairman Mao handbag slung over his frail Vegan shoulders. In the right front pocket of his Italian-tailored Filson tin cloth bird pants he’s sporting a new pocketknife and he just discovered that the rows of little round thingies on the inside pockets of his slim-cut, virgin-wool game vest are perfect for holding aromatherapy canisters.

Don’t get me wrong: I don’t begrudge the concept. It’s silly, but if modern urban males want to indulge in the illusion of being the kind of man those clothes represent, more power to them. It’s really no different from guys who collect big knives, wear tactical gear and fantasize about being snipers. Meanwhile, all of us who wear these suddenly-trendy clothes out of function rather than fad should start haunting the bargain bins, because any day now the fashion world will discover that the essence of modern male is represented by something entirely different, and all those high-dollar man-duds will start getting dumped off at the second-hand store.