Hunters in Montana will be allowed to shoot twice the number of wolves they could last year. But only if... 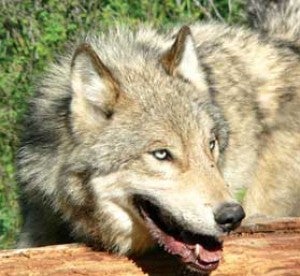 Hunters in Montana will be allowed to shoot twice the number of wolves they could last year. But only if a lawsuit brought by environmental groups gets thrown out.

From this story in The Western News:

Montana Fish, Wildlife and Parks on Thursday voted to more than double this year’s wolf hunt quota in an effort to control population numbers. The commission set the statewide harvest quota at 186 with licenses set to go on sale Aug. 23. If not blocked by a lawsuit, the hunting seasons are scheduled to begin Sept. 4 for archers, Sept. 15 in select backcountry areas and Oct. 23 for the general season.

U.S. District Judge Donald Molloy is expected to soon make a ruling on a lawsuit brought forth by environmental groups that want to restore endangered species protection for wolves in Montana and Idaho. In 2008, legal challenges prevented wolf delisting and a hunting season. Montana FWP said it will continue its vigorous defense of the federal wolf delisting decision. Many ranchers and hunters say the wolf population has grown out of control to jeopardize livestock and game numbers. A wolf parasite that could endanger humans has also been recently publicized.
Montana FWP said it had received about 1,500 comments on this year’s hunting season. “By all accounts, gray wolf populations have far surpassed their recovery goals,” U.S. Rep. Denny Rehberg said last month. “As a rancher and sportsman, I know firsthand the frustrations many Montanans have felt over the continued unnecessary federal management of wolves. … Gray wolves in Montana and Idaho should remain off the endangered species list, and their populations managed by the appropriate state agencies.” Montana FWP estimates that the state had about 525 wolves, including 37 breeding pairs, as of the end of 2009, while the state’s management plan recommends about 150 wolves, including 15 breeding pairs, in the state. The increased hunting quota could decrease the state’s wolf population for the first time since the gray wolf was reintroduced to the Northern Rockies in 1995.