A Gradual Climb to Prime Time

Big bucks are still falling in Kansas. This gigantic typical was reportedly taken in the Sunflower State, sometime in the... 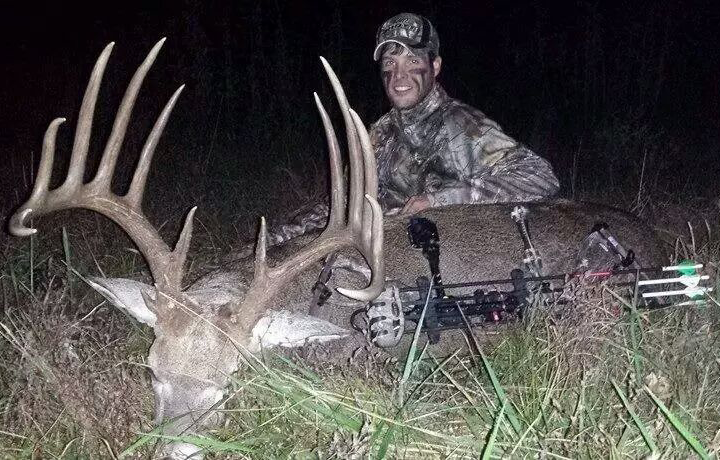 Big bucks are still falling in Kansas. This gigantic typical was reportedly taken in the Sunflower State, sometime in the last couple of days, according to the Heartland Outdoors website. No word yet on who shot it, but some educated guesses are projecting foot-long tines on both sides that could push the net score into the neighborhood of 200 inches, truly rare air for a typical. I’m trying to run down the details on this hunt, so stay tuned.

My weekend outings were decidedly less exciting than this mystery man’s: The low number of daytime sightings lately makes it seem more like an October lull than a run-up to the rut in my neck of the woods. Acorns are still raining and apples are dropping near one of my stands, but deer are visiting both strictly at night. However, scrapes are starting to pop up along major trails, telling me that we’re moving ever closer to prime time. As reported last week by Jerick Henley of Chain Ranch, which outfits hunts in Kansas (as well as in Oklahoma,) only about 20 percent of his trail camera sightings are during daylight hours at this point. Particularly worth noting is his observation that some deer buck that trend: Browning, the 5 ½-year-old buck that he shared a photo of in the last Great Plains report, is one of those rare big bucks that show up regularly during daylight hours. “I believe that’s more to do with where the feeder and camera are located,” Henley says, “close to his bedding area and in a very remote portion of the ranch.” Furthermore, Henley notes that he has found sheds from this buck in both 2012 and 2013. The 2013 sheds were within 100 yards of where he always sees the deer. The 2012 sheds, however, were almost two miles from Browning’s normal home range. “Something drug him a long way away in 2012, but he came right back to his home range,” Henley reports.

The bottom line here, of course, is it only takes one good buck that’s willing to come out and play to make your season—which may be the best reason of all to keep hunting through the sometimes slow weeks leading up to peak rut. It’s easy to start doubting your spots when you see few deer while on stand, but keeping in mind that both bucks and does are loyal to their core areas can help muster the patience you need to stay put until the action picks up. If the deer sign is telling you you’ve found such an area, you’re better off sticking with it even if the daytime sightings are more sporadic than you’d like.