Breeding is at a Peak

Overall activity status: Generally, we’re at a maddening period of the rut. In most areas, the first wave of does... 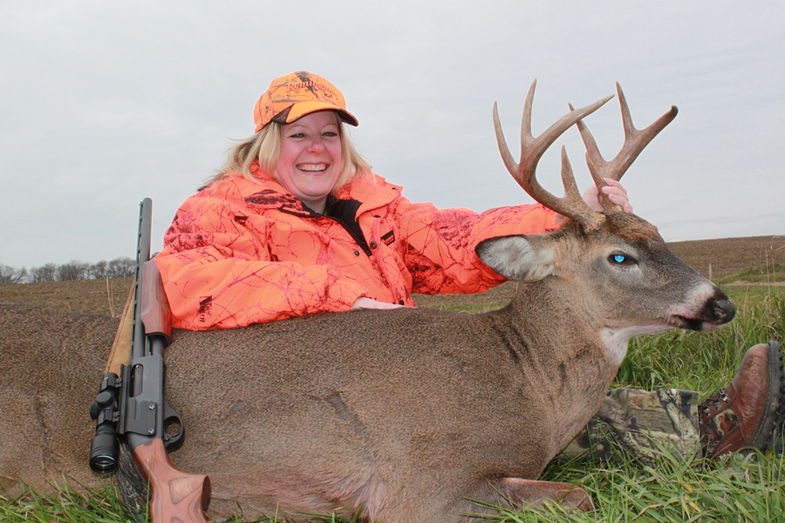 Overall activity status: Generally, we’re at a maddening period of the rut. In most areas, the first wave of does have come into heat and breeding is in full swing. This can result in some spotty action; bucks are like heat-seeking missiles now, pursuing every doe they see. Does react by trying to fly under that buck radar, while still feeding whenever possible. This combination results in an often hit-or-miss situation for hunters. When you’re hunting an area where buck harassment hasn’t been bad, overall deer movement can be great. But if you’re in a high-chase zone, it can be spotty at best.

Fighting: While overall fighting/sparring has decreased as bucks pair off with does, the nature of those battles has turned more serious, especially when mature bucks square off. I’m hunting with BBT Outfitters in southern Indiana, where we’re seeing lots of bucks with broken tines and beams, and other scarring. Head guide Danny Tripp pulled a card from a trail camera recently that had photos of five different buck fights.

Rub making: There’s definitely a dip in this activity as bucks spend more time seeking and chasing does, and expend less energy marking trees. I expect rub making to increase slightly as the rut wanes, and bucks will spend more time following established rub lines as they seek their next mate.

Scrape making: Again, the sheer volume of fresh scrapes has declined, for the same reason that rub making has dropped. Many scrapes are leaf-covered and not highly active. That said, an active scrape right now is a gold mine of deer activity. Look in secluded covers and intersections of travel corridors for the most active and important scrapes.

Chasing: I’ve seen good-to-excellent chasing behavior in the last week, both at my Minnesota hunting grounds and those I’m hunting here in Indiana. Now that breeding is in full swing, bucks are intensely harassing any doe they spot, trying hard to make things happen…even if the doe isn’t ready. My sister Jo (above) shot her first buck last weekend, during Minnesota’s opening weekend of firearms season. The fine 8-point 2 ½-year old chased four does past her ground blind, and Jo made good on the 40-yard shot.

Daytime movement: As noted above, this can be a hit-or-miss affair. I’ve seen great movement by bucks in the midday time period, including a gorgeous 160-class 10-point on the opening morning of my Indiana hunt. The buck was on his feet at 11:35 a.m., but unfortunately, my feet were on the ground and walking back to the vehicle when they should have still been in the stand.

Estrous signs: Clearly evident. Bucks that have been with a doe or two are exhibiting that purposeful, walk-until-I-drop attitude as they search for other does (and largely ignore food) that means serious breeding is happening right now.

X-Factor: As I noted last week, the opening of firearms seasons across the region can have a big effect on a hunting plan. Minnesota hunters are in their second weekend of the gun season, and Missouri, Michigan, and Indiana will all open within the next few days. In areas where hunting pressure is intense, expect whitetails to shift breeding activity to thick cover, or to pockets of habitat that hunters ignore.