Overall Activity Status: With elk, pronghorn, and bird seasons opening up on the Great Plains, hunters have a lot of... 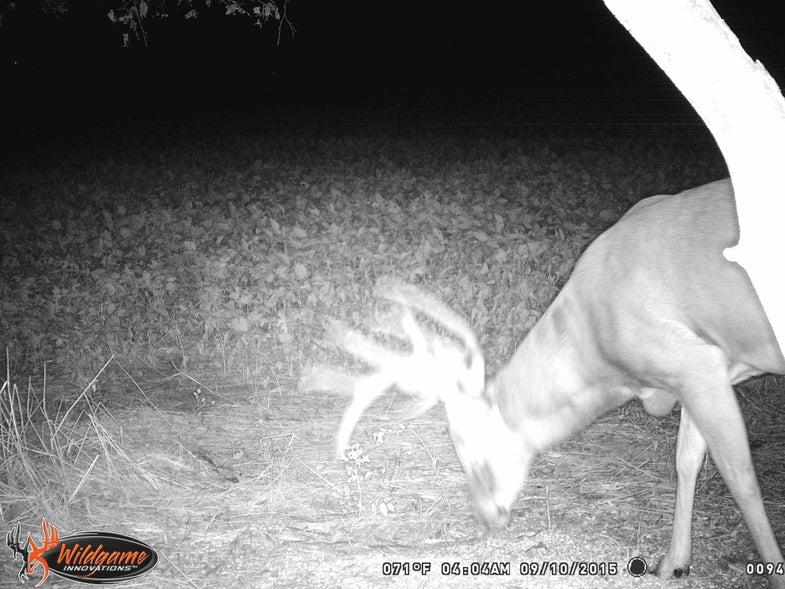 Overall Activity Status: With elk, pronghorn, and bird seasons opening up on the Great Plains, hunters have a lot of fun distractions, but the serious deer people are still hitting the woods, hoping to score an early-season trophy. Bachelor groups are breaking up in some areas, but Dan McVay reports that southern Kansas bucks are still coming in to water together. Hot weather and windy conditions have hampered deer activity, with a lot of action occurring before dawn, according to his trail-cam pics. Dave Chase was hunting with his son in eastern Nebraska last weekend and saw four does very early right before legal shooting light, then three buck later in the morning—between 10 and 11 a.m. These younger bucks, which were all hard horned, were traveling in very thick cover.

Sparring: No reports from my whitetail hunters, but in central Nebraska, Henry Obermeier was out hunting mule deer when he saw two 4-year-old bucks having a “knockdown fight.”

Rubs: Dan McVay of Buckventures TV checked in to say he tagged a 182-inch Kansas monster. No pics of the deer yet, but he did say the deer stopped to rub a tree just before coming into range.

Scrapes: Lots of scrapes showing up across the Great Plains region. In the photo above from Curt Frazell, a mature Kansas bucks is working over an active scrape that’s grown in size this past week.

Estrous Signs: Brandon Adams reports seeing a 1 ½-year-old buck come out with his nose to the ground, scent checking and nudging every doe in the field. “Obviously none were having it,” Adams says, “and he gave up quickly but this is the first time I’ve seen it in the 2015 season.” Leave it to the youngsters to start feeling their oats early.