Bucks Are Either Breeding Does or Following Closely

It’s starting to look a whole lot like lockdown in my part of the Great Plains, although Brandon Boldra doesn’t... 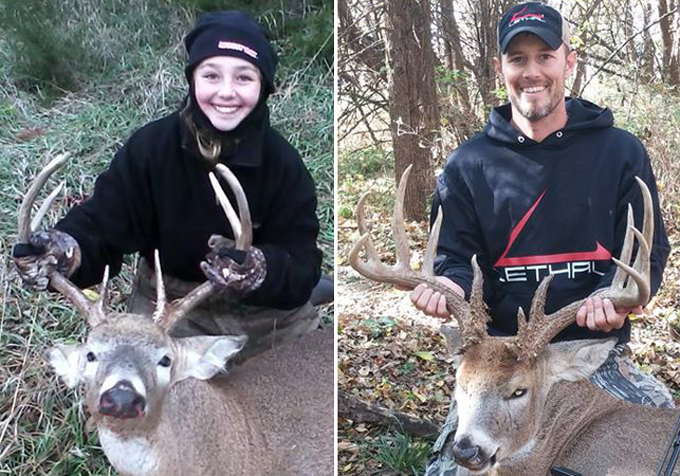 It’s starting to look a whole lot like lockdown in my part of the Great Plains, although Brandon Boldra doesn’t call it that.

“I guess I have a problem with that term, because those deer don’t just lock down and never move,” says Boldra, manager of Smoky Valley Shooting Sports in Lindsborg, Kansas.

In fact, there are particular types of spots—isolated bits of habitat that most of us wouldn’t consider very likely deer cover—that prove year after year to be destinations for mature bucks bedding with hot does. “Who knows if the buck moves the doe or she takes him there, but there are places it happens quite frequently,” says Boldra.

Boldra’s point: The deer still have to move to get to these breeding destinations, and the does are still going to get up to eat, often in isolated spots that feature grass and forbs instead of the more typical feeding destinations like crop fields.

“We are basically at or dang near close to peak breeding. Most of our does are in estrus or coming in right now. We’re not seeing mature bucks cruising; they’re all with a doe or following a doe.”

For that reason, it can pay to shift your hunting focus away from the funnels that worked so well during the cruising phase of the rut. (In fact, hunting one of those funnels allowed Boldra’s 10-year-old daughter, Aubrey, pictured above left, to tag her first buck on Saturday. More on that in a bit.) Instead, he recommends identifying the isolated bits of cover that breeding pairs seem to favor.

In the last two days, Boldra has seen a buck and doe in the middle of a cut bean field and another pair in a CRP patch in the middle of an open field. A perennial hot spot on one of his farms is a lone cedar tree in a 20-yard-square thicket. The key features are isolation and visibility.

“The bucks want to be somewhere they can see a rival coming,” Boldra says, “and the doe wants to be somewhere she’s not going to be harassed by every little buck that happens by and smells her.”

Trail cameras are showing the most movement between 10:00 a.m. and noon and 2:00 p.m. and 4:00 p.m. now. The first and last hours of daylight have been much slower. That could be a factor of moonlit nights and unseasonable cold. But changes may come as breeding—lockdown or whatever you want to call it—tapers off later this week.

“If I was still out there hunting, I’d look for peak breeding to start winding down by the middle to end of the week, and I’d get back to funnels,” Boldra says. “We’re going to see fewer and fewer deer moving as the rut winds down, but the middle of the day will see bucks cruising again, and typically it’s the big boys that are out looking.”

Boldra won’t be hunting because he killed his buck (above right), a 177 with a 22-inch inside spread, on October 30, and Aubrey filled her tag November 15. Hunting beside her father in a ground blind in a wooded draw near a doe bedding area, Aubrey got a shot with her crossbow after the buck busted into their setup to rouse a doe that had just bedded nearby. Shortly after they watched two more bucks come in, smell the doe’s bed, and then spar briefly before heading out on the doe’s trail.

“She was stoked,” Boldra says of his daughter, who scored on just the third sit of her first deer season. “After the shot I was telling her to be quiet so I could listen for the buck to crash, but I think my heart was beating louder than hers. She was extremely jacked. I think she’s gonna be hooked.”