Bucks Ranging on the Southern Plains

Those of you saving up vacation days to hunt the rut may want to start burning a few. That or... 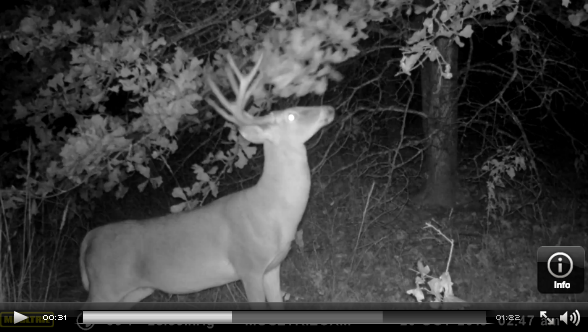 Those of you saving up vacation days to hunt the rut may want to start burning a few. That or call in sick, as this week following the rutting moon promises to be one of the best of the year for deer hunters. As proof, I’ll defer to Brandon Adams from Buckventures TV. Though Adams is hunting northern Oklahoma, he’s close enough to the Kansas border that his observations should play out across the southern Plains.

Like other hunters I’ve heard from recently, Adams is starting to see new bucks show up on his trail cameras, with several deer ranging a few miles from their summer territories. That’s a sure sign we’re thick into the seeking phase of the rut. Another indication, albeit a bittersweet one, is the number of road-kill-deer reports that are coming in. Certainly, a full moon factors into that as well, but it’s not just happening overnight. My hunting partner Trevor watched a small 6-point get hit on the Interstate at 1:30 in the afternoon last Thursday. And when a majority of dead deer on the side of the road are bucks, it’s a sign that those deer are moving about as does start to cycle into estrus.

Adams also reports a lot more scrape activity, and notes he’s moved many of his cameras from food sources to scrapes in order to better monitor buck movement. We’ve done the same on our property recently as new, active scrapes are multiplying. If you’ve got a scrape stand, or one hung near a busy trail corridor, it’s time to hunt it.