Three years after drought and disease decimated whitetail herds on the Great Plains, hunters are cautiously optimistic deer numbers are... 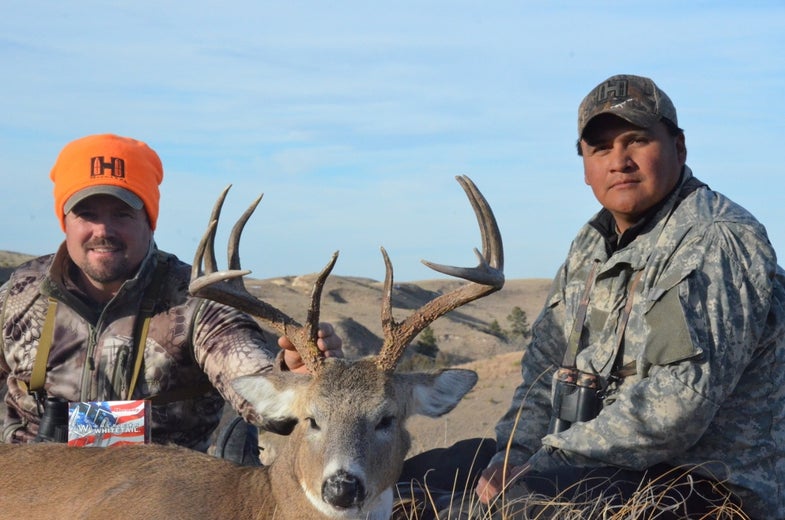 Three years after drought and disease decimated whitetail herds on the Great Plains, hunters are cautiously optimistic deer numbers are finally on the rebound. Several mild winters, along with abundant rains in the spring of 2015, are adding to that positive outlook and wildlife officials in both South Dakota are putting those dark days behind them and, in a few cases, giving hunters increased opportunities to fill those tags.

In 2014, hunters killed an estimated 46,526 deer during the combined seasons, down nearly 9,000 from the previous year and almost 50,000 less than the all-time high of 94,726 killed just five years ago. In fact, last year was the lowest South Dakota deer harvest since 1998. Much of the reduction comes due to a significant drop in license availability, as big-game managers worked to re-build a herd that took a significant hit in 2012.

While the herd is far from recovered, positive signs, including increased doe-to-fawn ratios along the Missouri River, have led those officials to add to the number of tags available in the East River unit by more than 1,000. Unfortunately, those hunters west of the river have had their number of licenses reduced by 250 for residents and 20 for nonresidents as compared to 2014. South Dakota Game, Fish, and Parks officials also eliminated the nine-day anterless-only season for West River hunters.

One bright spot in South Dakota has been the Black Hills, which has seen its deer numbers increase due thanks to measures put in place five years ago. As the number of anterless whitetails harvested by hunters has decreased to almost nothing (just 12 percent of the deer harvested in the Black Hills in 2014 were does), the herd has increased significantly. In response, the commission added 500 more whitetail licenses for residents and 40 to the pool of whitetail licenses available to non-residents. Black Hills “any deer” tags, which are good for mule deer as well, will remain static, though the Black Hills mule deer herd has seen a slight uptick in recent years.