Abundant rainfall and below average temperatures produced a bumper crop of Black Krim and Brandywine tomatoes in my northeast Kansas... 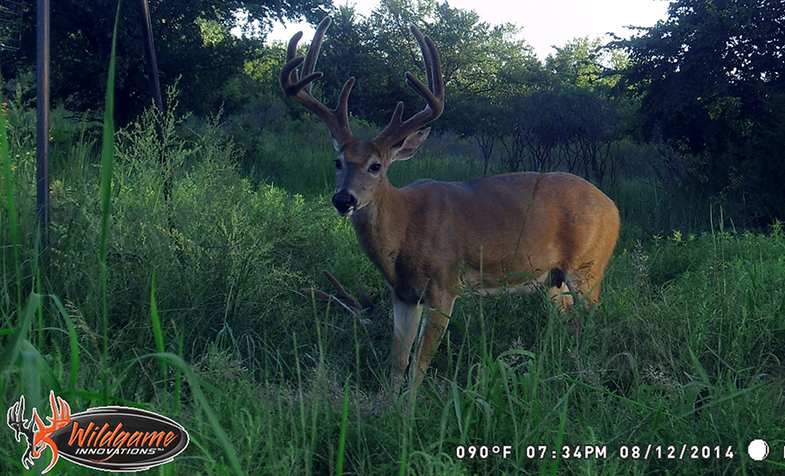 Abundant rainfall and below average temperatures produced a bumper crop of Black Krim and Brandywine tomatoes in my northeast Kansas garden this summer, and it has also set the table for a great whitetail deer season across much of the Great Plains. Drought—the big concern regionwide in 2013—has mostly receded, thanks to heavy snows last winter and timely rains this summer. The U.S. drought monitor shows only 7 percent of the Great Plains is experiencing the most extreme categories of drought (D3 and D4) compared to nearly 20 percent at this time last year. A side-by-side look at the maps for this August and last shows dramatic improvement in overall conditions across the entire region.

Better weather is just one reason that Jerick Henley, who runs Chain Ranch Outfitters in Kansas, has high expectations for the coming rut. “Our habitat looks better than it has in years because of rain and cooler temps,” Henley says. May rains also came at the perfect time for antler growth. “Trail cams and glassing have turned up lots of quality deer on our place,” Henley reports. “Some deer we were watching last year appear to have put on 15 to 25 inches, which is excellent year-over-year antler growth.” A buck called Big 10, in this August photo from Henley’s trail cam, is a prime example of that growth surge and the general health Henley sees in the whitetail herd after a drop in population and harvest numbers last year. “The deer that lived appear to be very healthy and we have a good buck-to-doe ratio—all indicators of a strong rut.”

In Grand Island, Nebraska, Neil Davies, marketing director at Hornady, reported rain and “fall-like weather” a week before the Sept. 1 archery opener. That’s the earliest start in 35 years for Nebraska, and the novelty might even lure some bowhunters into settling for a smaller buck just to secure a velvet mount, Davies speculates—leaving a few more trophy bucks walking when the rut takes off. However it plays out, Davies expects a good season: “We’re seeing lots of bucks all over the place and deer numbers seem to be good,” he says.

Of course, precipitation can come with a price, as Spencer Neuharth of South Dakota knows. The state was hit hard by the 2012 EHD outbreak. “Then, last October, the herd was hurt again when four feet of snow dumped on western South Dakota in a couple of days,” Neuharth says. Quotas were cut, with some counties issuing only 5 percent of the rifle tags sold in 2011. Continuing rains could keep crops in the field longer this fall, he notes, “and the standing corn of the Great Plains always makes it tougher to find deer come the end of October.”

To be sure, Mother Nature will have her say. The return of 100-degree temperatures in Kansas this week took a toll on daytime deer sightings and my tomato crop. But I think Jerick Henley has it about right: “Unless the temps do something extremely strange,” he says, “I see the rut being stronger than last year.”