Get Crafty To Outsmart Survivor Bucks

The deer left in the woods aren’t getting any easier to hunt now that the rut is over. In fact,... 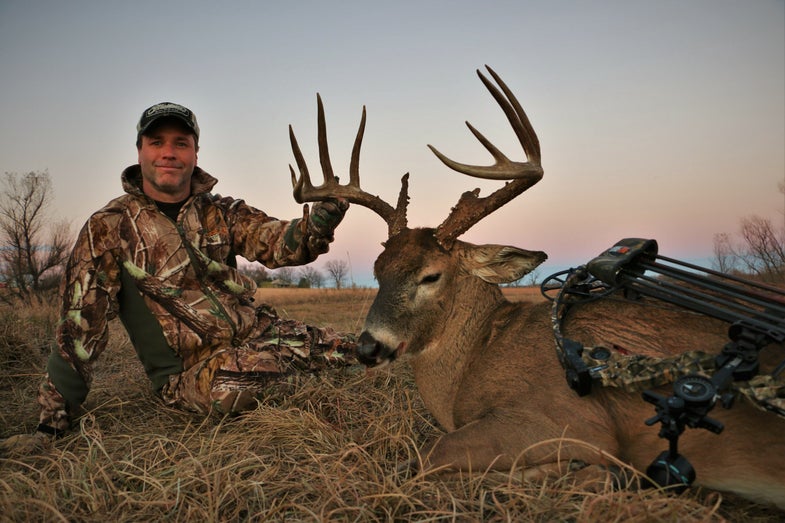 The deer left in the woods aren’t getting any easier to hunt now that the rut is over. In fact, these survivors are just coming off an advanced education in hunter activity and have figured out how to stay alive. Take this story from Lil’ Toledo Lodge near Chanute, Kan.

This nice eleven-point whitetail first showed up on camera at the lodge last summer. John Rickner, Trace Goodwin, and the rest of the crew watched the buck throughout the fall and finally, right during the rut, the buck named Lodge Eleven gave one hunter a shot. Unfortunately, it was an errant one, leaving the deer with, thankfully, only a superficial wound.

The guides watched the buck over the next few weeks, but Lodge Eleven had gotten very smart. He went virtually nocturnal and photos showed him circling the stand he had been shot from the downwind side. A few hunters spotted the buck, but he never presented a shot.

Last week, Goodwin and his client, Cope Bailey, decided the only way to kill Lodge Eleven was to beat him at his own game. They set up a new stand downwind of the original stand, hoping to catch the buck as he scent-checked the spot. The strategy worked. Bailey caught the big Kansas stud circling the original stand site and made an excellent shot to put the 162-inch buck on the ground.