I got in a stand for the first time this week and I don’t think I could have picked a... 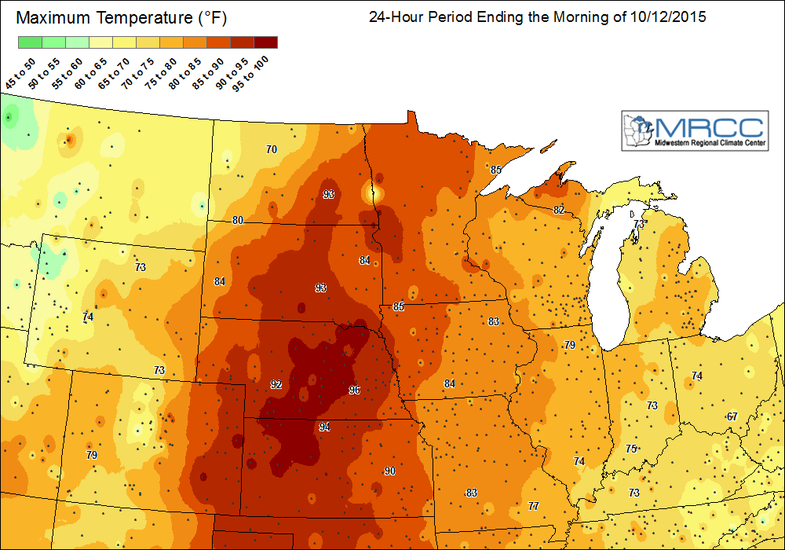 I got in a stand for the first time this week and I don’t think I could have picked a hotter day. Temperatures were north of 80 degrees as I climbed the ladder and didn’t start falling until I got down well after dark. Not surprisingly, deer activity was almost non-existent. Save for one lone doe that I caught skirting the timber at sundown, I didn’t see a deer. Heck, even the squirrels were almost absent.

Despite the heat, it felt pretty good to get back in the whitetail woods, especially this time of year when you just know anything can happen. I pulled the card from one trail cam and it showed little deer activity during daylight hours. Most of the movement was in the middle of the night.

One bright spot for hunters in the central part of Nebraska is the start of corn harvest. Around my property, farmers are pulling out high-moisture corn at a high rate of speed. On the drive down yesterday afternoon, I saw one buck on his feet about 3:30 in the afternoon, and after coming over the hill, I figured out why: The farmers were cutting a cornfield and likely bumped the buck.

One of my contacts in South Dakota reported much of the same during his hunt over the long, Columbus Day weekend:

It was a rough weekend. Temps topped 95 degrees on Sunday, while Monday had 30 mph wind gusts. These conditions also created a volatile combination for harvest. Farmers were very stop-and-go with getting crops out, trying to avoid starting fires. Area corn will remain standing until the beans are hauled away. Luckily, this is all taking place with pheasant season on the horizon. Deer typically get pushed around by combines and pheasant hunters. With both set to hit the field at the same time this year, the deck will only be reshuffled once.

There is relief in sight, as overnight temperatures may finally dip enough to cover the region in its first frost of the year. Maybe that will be enough to keep deer on their feet until after sunrise, though daytime temps are forecast to still be in the 80s through the weekend.