Hunters Are Seeing Plenty of Sign, But Not Many of the Bucks That Made It

Hunting scrapes can be a big source of frustration when you set up a stand near an apparently hot one... 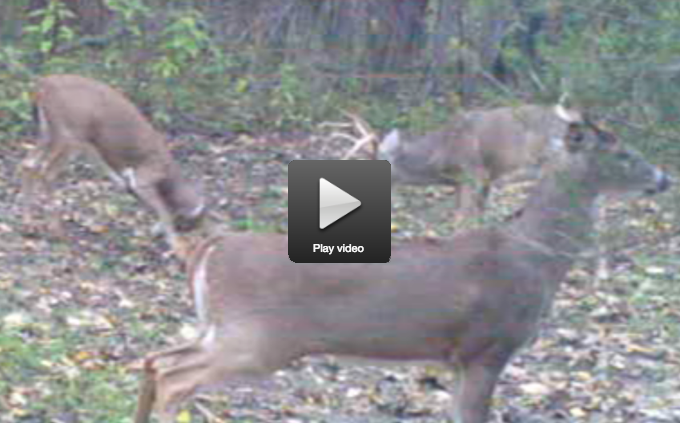 Hunting scrapes can be a big source of frustration when you set up a stand near an apparently hot one and see no action. But there’s no arguing that aiming a trail camera at a scrape can be a great way to take inventory on the bucks in your area. Even if deer hit them mostly at night (as research suggests most do), a little electronic surveillance can go a long way toward identifying some of the more elusive bucks that might just come out to play during daytime hours once the rut gets cranked up.

Then there are scrapes like the one that Nathan Oehlert in Kansas has been watching since mid-October. Oehlert’s videos, one of which is shown here, show just what hubs of activity these scrapes can be, even during daylight hours, as bucks congregate to spar and leave their scent on licking branches and pawed earth.

My hunting this weekend was extremely slow, thanks to temperatures in the 80s, but I did identify a line of scrapes that have popped up recently on a travel corridor, and I’m looking forward to seeing what my trail cameras turn up. Scouting another area on public land that opens to hunting November 1, I identified a cluster of three rubs on big trees. That jibes with the trend I’m hearing from reports across the region: Deer sign is taking off, but record high temperatures set this weekend from Wichita to Casper means daytime sightings are way down. It’s only a matter of time before that unseasonal warmth breaks and we see an uptick in daytime deer movement. In the meantime, if you’re finding scrapes in your hunting areas, leave me a comment below and report what you’re seeing and when.