As hunters head back into the woods this year, they’re finding some of last season’s bittersweet treasures. Case in point,... 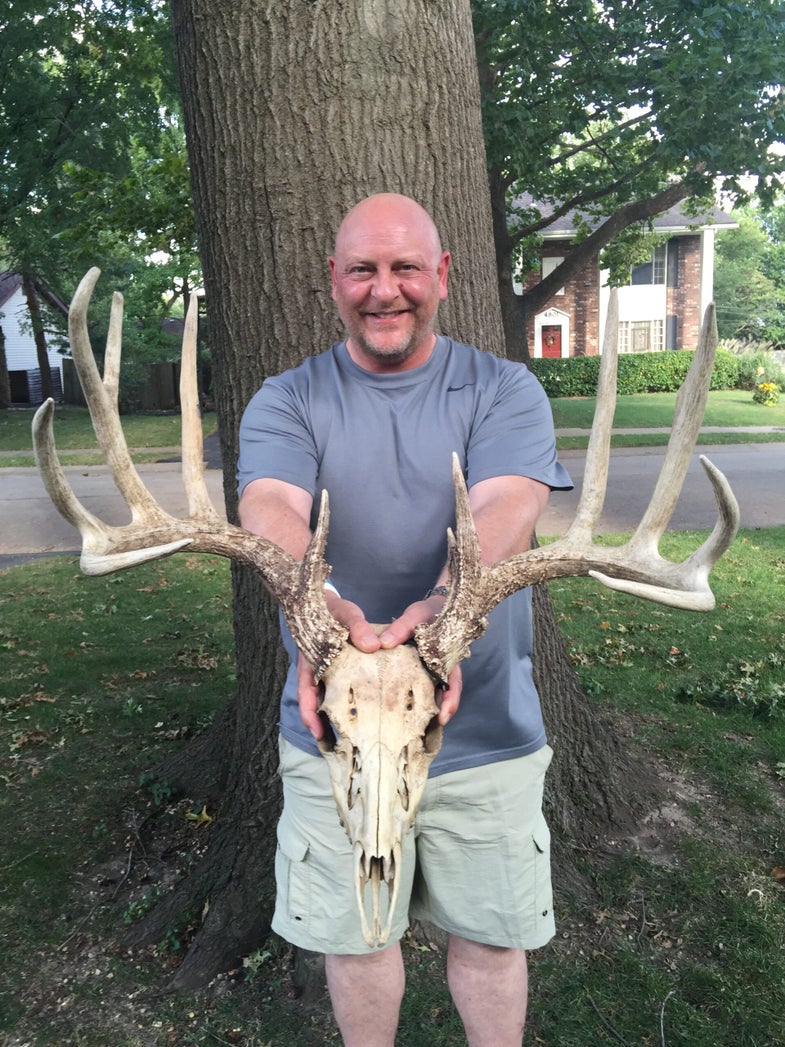 As hunters head back into the woods this year, they’re finding some of last season’s bittersweet treasures. Case in point, this giant Kansas buck discovered by hunter Steve Keen during the opening week of the Sunflower State’s muzzleloader season. Here’s his report:

I found this buck dead and walked out with a KS CO officer to the skeleton and received a KS Deer salvage tag. I’ve shot dozens of bucks, and have never seen anything like this. The pictures don’t do it justice. The bases are 4 1/2 inches around, spread almost 22 inches. It’s a clean mainframe 10 with two stickers. A B&C scorer rough-scored it at 192 2/8 inches gross, and 171 inches net typical. It cannot be officially scored until 60 days after it was picked up.

I have no idea how the buck died, but he must have passed away last January as he still had his antlers intact. I’ve found quite a few dead deer in this area and the remains are all scattered from coyotes and the antlers are gnawed by rodents, but not this one. He was lying right alongside a creek, and I think that it was covered with water, accounting for the great shape he was in. He was like a picture of a dinosaur find—perfectly laid out and wholly intact in the mud.

The great thing about it, to me anyways, was that the buck was on state land in Miami County, Kansas. My son and I pull some bucks out of here every year, and we’ve seen rubs on trees as big around as telephone poles but never saw the bucks that were making them, until now. That night I got a killed a 9-pointer. It was kind of bitter-sweet. It’s always nice to harvest a buck on state land, but just knowing that caliber of deer is out there, made my harvest a little anti-climactic. This gives hope to us Kansas hunters without access to leased acreage. He may be dead, but his genes live on.