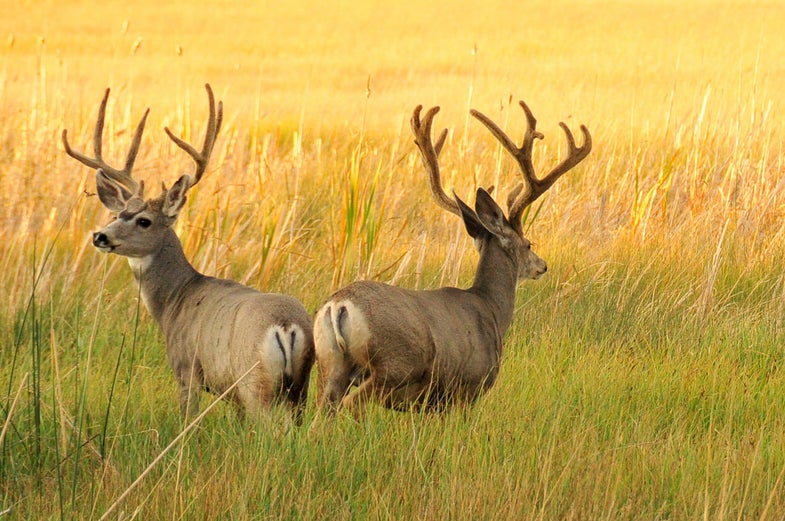 North Dakota Game and Fish officials caused a stir last spring when they recommended limiting hunters to one deer license in 2015. After much public input and thoughtful consideration, the NDGF decided to go forward with the current system, which allows hunters to apply for either a muzzleloader or rifle lottery tag, and still have the option to purchase an archery tag. However, the number of licenses available dropped yet again, as the state struggles to rebound its whitetail number after several disastrous years attributed to tough winters and a brutal outbreak of EHD in 2013.

While whitetails numbers have dropped in recent years, mule deer populations are on the upswing, thanks to an aggressive management program put in place by the NDGF. Four years back, the state eliminated antlerless mule deer licenses in many of the western deer units, including those encompassing the Badlands region. It didn’t take long for mule deer numbers to start their recovery, and the spring 2015 mule deer index showed an increase for the third straight year—up nearly 25 percent over the 2014 count. In response, the NDGF is offering 1,875 antlered mule deer rifle tags this fall, an increase of 525 tags; though muzzleloader opportunities decreased by 104 tags for a net gain of 421.