The so-called “October lull” got you down? Ditch the woods and hit the hills instead for an exciting spot-and-stalk mule... 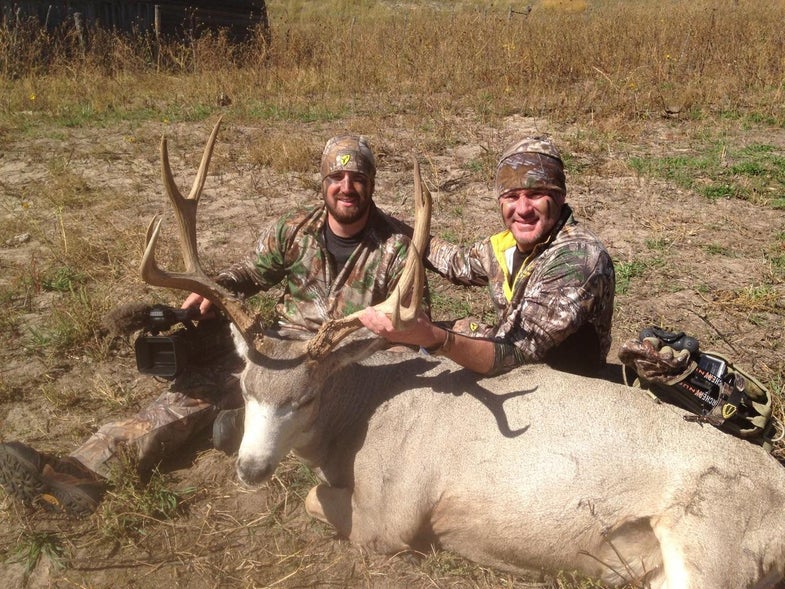 The so-called “October lull” got you down? Ditch the woods and hit the hills instead for an exciting spot-and-stalk mule deer hunt. That’s one of the great things about living on the Great Plains: Throughout the western half of the region, whitetails and mule deer co-exist, giving hunters an opportunity at either.

By all accounts, the whitetail hunting has been tough here for the past couple weeks. Between the heat and the wind, the deer have all but disappeared during the daytime hours. But, mule deer are still on the hoof and all that open country they live in lets hunters hike to them.

That’s what Brandon Danker of Buckventures did last week here in Nebraska. He reports that mule deer were still in bachelor herds, making it easy for him to spot five as they meandered to their bedding area on the top of a mesa. It took him and his field producer, Jarret Melton, more than an hour to stalk with 25 yards, then they had to wait another hour for this particular buck to stand up. Danker made the shot, tagging a beast of a mule deer that weighed 395 pounds on the hoof and should score in the mid-160s.