On the Brink of Big Rut Changes

Big bucks are definitely moving more during daylight hours. On two separate hunts this weekend, I saw mature bucks on... 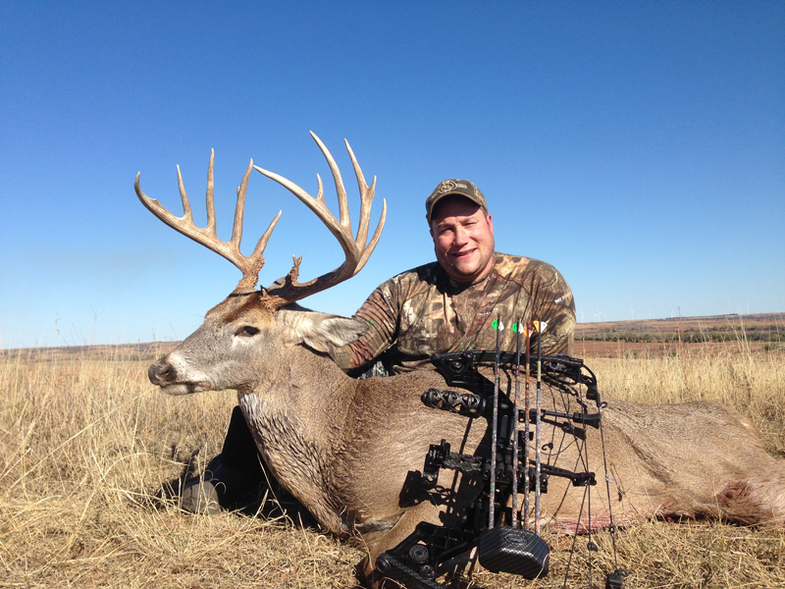 Big bucks are definitely moving more during daylight hours. On two separate hunts this weekend, I saw mature bucks on their feet at 4:30 p.m. and 8:30 a.m., and in neither case were they in a hurry. Both bucks were covering ground, but without the manic energy that will come once peak rut hits.

That should change soon, says Jerick Henley of Chain Ranch in Kansas and Oklahoma. “We haven’t peaked by any means,” Henley says. “I think it’s gonna peak in the next four days. If I was gonna be out in the woods, Tuesday through the rest of the week I’d be hunting all day long.”

We’ve got two things going for us this week, Henley notes: a waning moon and a Polar Vortex-induced cold spell that should send temperatures plummeting. “I think that should kick it into high gear,” Henley says. “I would think daytime deer activity would be at a peak over the next four days.”

Henley won’t be in the woods because his hunters have already tagged out, with an historic six-deer day on Thursday.

“November 6 will go down as the best day in Chain Ranch archery hunting history,” he says. Four bucks taken on Chain’s main ranch in south-central Kansas totaled 618 inches of antler. The biggest, a mainframe 12-pointer with two kickers, shot by Mike Scagnelli (shown above), grossed 174. It’s Scagnelli’s third buck with a bow in three years on the Chain Ranch averaging 170. Henley notes that two of the bucks were shot while heading to food. Bucks look ready—with swollen necks and glands dripping—but chasing has been minimal and Henley has witnessed no actual breeding as yet. “We’ve seen a little chasing, a little fighting, but the bucks haven’t been hell-bet on spending their entire time up a doe’s butt for the day. They are still waiting.”

Plenty of hunters have been able to score on waiting bucks, including Shawn James, whose 150-class buck I mentioned briefly last week. James was fishing an epic blue catfish bite on Lake Milford in central Kansas when he started getting Facebook updates from hunters who were having good success rattling in bucks. James is a passionate catch-and-release catfisherman, and he was boating 30 pounders left and right when the updates started coming in. “Buck fever set in, and I headed in, packed up my camper and went home to hunt,” James says. On morning and evening sits November 1 and 2, James managed to rattle in deer during three of the four hunts. The last was the 12 pointer shown here, which he shot at 4:10 p.m. on Sunday evening. James was still holding his rattling horns when the buck “came in on a run, with his ears laid back and his hair standing up.” It just shows that identifying—and quickly acting on—the trends in your area is so important at this time of year, when deer behavior can change quickly.

And it’s getting ready to change big-time.