I spent last weekend pheasant hunting in central South Dakota and while I was carrying a shotgun, I still kept... 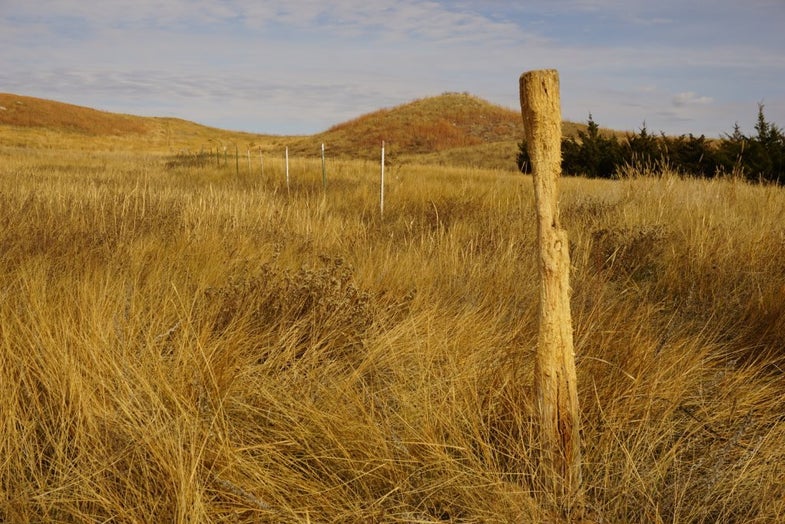 I spent last weekend pheasant hunting in central South Dakota and while I was carrying a shotgun, I still kept an eye out for any indication of the approaching rut. Sunday morning, my friends and I flanked a winding creek bottom hoping to push up the last few birds for our limit. It didn’t take long to find the first sign—a wrist-thick hackberry tree rubbed raw. Another 10 feet down the trail was a scrape so fresh the earth was practically steaming. While that was the only scrape I found there, the entire draw was a mile-long line of freshly rubbed willows and saplings.

Later that morning, at the end of a cedar windbreak, I found a second fresh scrape, this one about three feet in diameter and so deep in the duff it looked like a rototiller had dug it. Not far away was this single fencepost, rubbed nearly through as generations of open-country bucks have used it as a marker.

Monday, on my way home, I stopped for an afternoon sit at one of my deer stands in western Nebraska. A couple of mock scrapes my hunting partners had dug in have both gone virtually untouched so far this season, but I did discover a fresh rub that had popped up underneath the stand since last Thursday morning.

It didn’t take too long to discover the buck that made it either—or at least one of the bucks. At about 5 p.m. a little forkie came down the trail, stopped, and worked that tree over for a good 10 minutes. It was fun to watch the little guy give the elm such a beating. The buck also scent-checked about every leaf, twig and bush in a 20-yard radius and even bristled up when a basket-racked 9-point came to investigate the commotion. The two deer danced around until dark, before moving out of the staging area and into the still-standing corn behind me.