Time To Break Out The Grunt Tube

Overall Activity Status: From north to south, rut activity is ramping up across the Great Plains regions. Big bucks are... 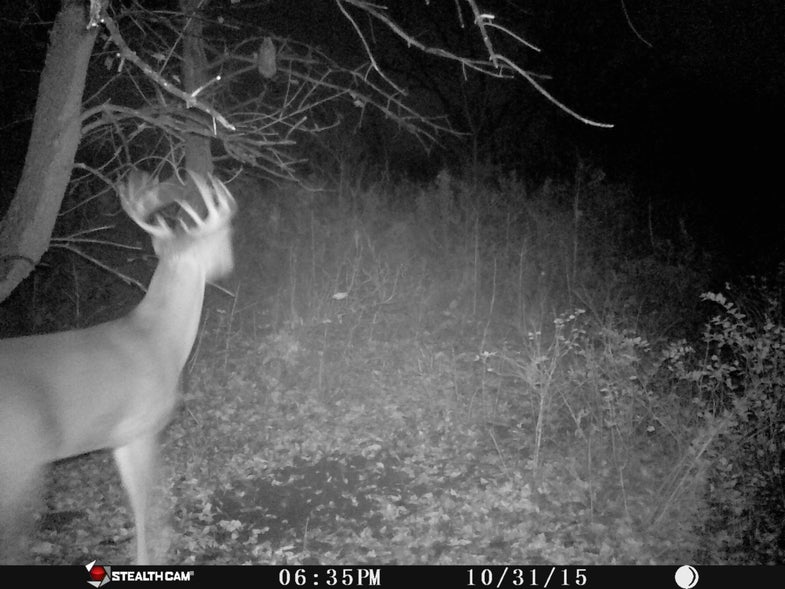 Overall Activity Status: From north to south, rut activity is ramping up across the Great Plains regions. Big bucks are out cruising, however, much of that activity is still happening after dark. Some daylight movement is being reported, though. In southeast South Dakota, hunter Dylan Tramp saw “several good bucks on their feet” both days this past week. “They are certainly on the hunt for does,” Tramp added. “The younger bucks are doing a bit of chasing while the old bucks are tending does very closely and grunting in their footsteps.”

In central Nebraska, Henry Obermeier is seeing similar behavior: “Little bucks are harassing the does every time they see one,” he said. “Mature bucks are cruising at night. Had one mature buck trailing a doe off of a food plot Wednesday in the early morning hours. In the next couple days, things are going to blow up and we will be seeing mature deer become day walkers.

Sparring: Tramp reported some of the after effects of serious sparring. “I also saw some broken tines and even broken main beams, so there is some definite fighting going on.”

Rubs: I hunted Monday afternoon, and while deer activity was near zero due to warm weather and increased agricultural activity in the field I was sitting near, a brand new rub had appeared about 100 yards east of my stand.

Scrapes: It’s interesting to note that so far, scrape activity has been behind schedule. Nearly every hunter I’ve talked to have mentioned that fact. Some scrapes are showing up, with a new one dug underneath my stand in the past few days. A trail cam set up on another nearby dripper showed a lot of little bucks, including this small 10-point, checking it out, but when I pulled the card from the camera, the dirt underneath it was mostly undisturbed.

Chasing: Obermeier said a few of his hunting buddies have seen some mature deer on their feet near heavy bedding areas closely following big does, but no reports of hard chasing going on yet from mature bucks.

Estrous Signs: On the southern Plains, Dan McVay reports that all the does he is seeing still have fawns near their side.