Rut Reporters 2016: September Success by FieldandStream I’ve been in southeastern Minnesota all week, bowhunting with F&S whitetails editor and... 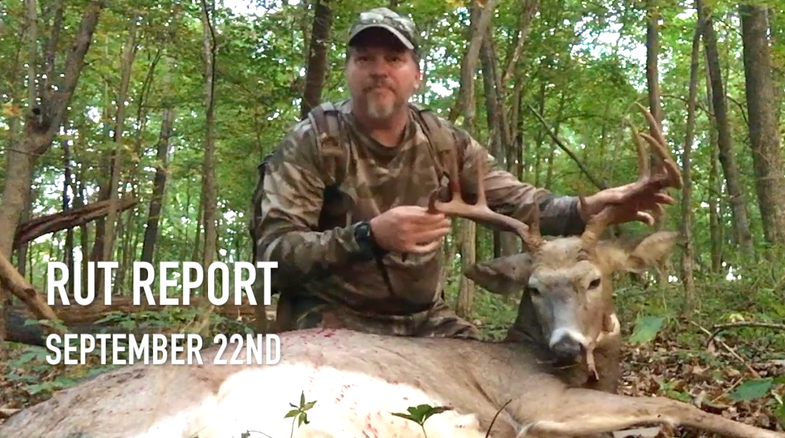 I’ve been in southeastern Minnesota all week, bowhunting with F&S whitetails editor and lead rut reporter Scott Bestul. It’s been hot, with temps hovering around 80 degrees at the start of our evening sits. But maybe even more so, it’s been wet. Since Sunday, the skies have dumped at least 6 inches of rain, turning low-lying fields into shallow ponds and pushing trout streams over their banks. You’d think that all that rain would have provided some relief from the heat, but no. Instead, was both hot and muggy.

Nonetheless, some deer have still been heading out to feeding areas well before first light. On Monday night, our colleague Alex Robinson arrowed a doe on her way to a food plot of brassicas and cereal grains. The next evening, I took a stand in a staging area where several bedding points filter down to a well-used ditch crossing, leading out to beans, alfalfa, and corn.

A good hour before dark, I spotted three bucks—two forkhorns lead by a solid 10-pointer—moving toward me. I was hoping they would work their way down to the well-worn trails 15 yards in front of my stand, but instead the 10-point stayed on a trail 35 yard out. I stopped him with a bleat before he disappeared behind thick cover, and made a what I felt good shot. I waited an hour or so while the smaller bucks milled under my stand, then, after they moved off, I climbed down and found the buck right where I thought I’d heard him crash down and pile up.

Check out the video for proof that despite the early-season heat, bucks are still vulnerable right now—and it pays to be out there hunting.