Weekend Weather Should Have Deer on the Move

Overall Activity Status: Deer are finally moving from their summer patterns as the weather starts to turn cooler. I’ve had... 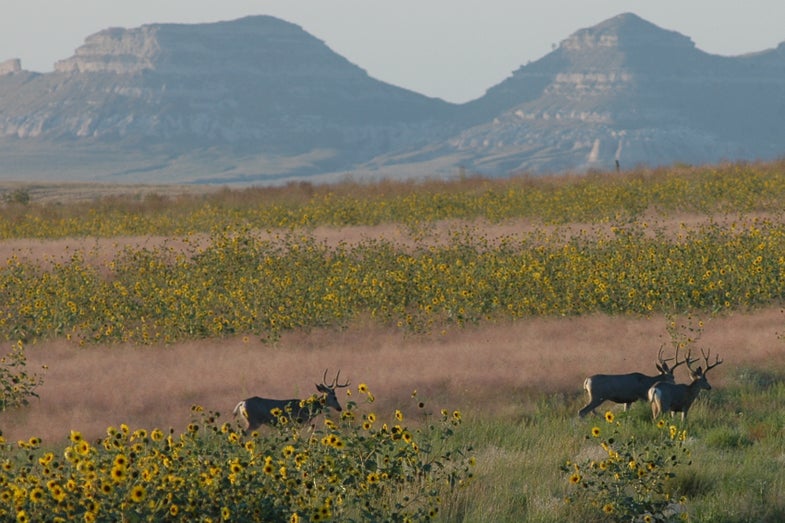 Overall Activity Status: Deer are finally moving from their summer patterns as the weather starts to turn cooler. I’ve had multiple reports of trail cams that have gone un-triggered as formerly green food sources have turned brown from lack of moisture and deer have gone into the woods searching for mast. Daytime deer movement is still all but non-existent, but expect the rain, wind, and 40-degree temperatures forecast for this weekend to get deer on their feet during the daylight. While high winds do make deer spooky, it can cause them to move several times during the day, as the muleys in this photo were on windy afternoon. Exploit this by staying on stand until mid-morning this weekend, and getting back into the field earlier in the afternoon.

Sparring: Still continuing among smaller bucks, but no reports of bruisers battling it out yet. That should change dramatically in the next 10 days.

Rubs: Reports of rubs are on the rise throughout the region.

X-Factor: It happens about this time every year. The excitement of opening day fades away and rapidly changing deer patterns challenge hunters. Bucks disappear and hunters save their days off from the job and home duties for later in the month, when things start to heat up. Still, early October is a great time to kill a buck, and, if nothing else, you may have the woods to yourself for a few days.