What We Learned (and Are Still Learning) About the 2014 Rut

One of the things I love about the whitetail rut is that it’s so dynamic. While I used to get... 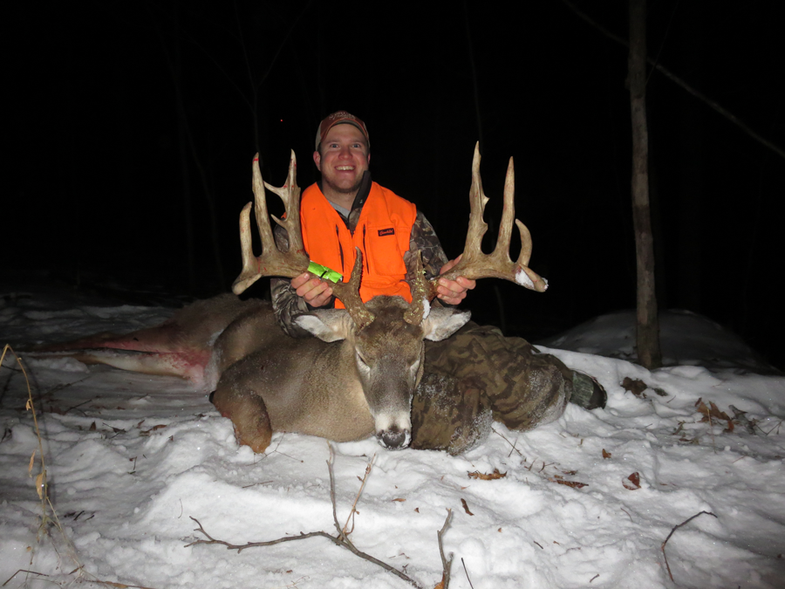 One of the things I love about the whitetail rut is that it’s so dynamic. While I used to get frustrated when the rocking rut of one season didn’t carry on to the next fall, I’ve learned to accept these changes and adapt my hunting strategies to the situation. Weather, deer populations, hunting pressure…all can affect the behavior we see from our deer stand, and if recent history has taught us anything, it should be that we’d better be prepared for change.

This fall was no different. Low deer populations (well, down from historic highs, anyway) were common across the upper Midwest this year. Years of intensive doe harvest, combined with EHD outbreaks and last year’s rugged winter, all worked together to drop deer numbers across the region and promised to make this hunting season unique.

As expected, some great bucks were taken during the first weeks of archery season in Minnesota and Wisconsin, which open in mid-September. The crop harvest was in full swing as archery seasons opened in other key states; typically the disappearance of ag crops (standing corn in particular) leads to better rut hunting, as whitetails are forced into timbered areas where hunters wait.

Oddly, pre-rut action was all over the map. Some hunters succeeded wildly while others struggled. My take was that getting on a mature buck was dependent on several factors: In some areas, mature bucks were simply rare, thanks to consecutive years of EHD outbreaks. In areas where mature bucks did exist, their exposure to hunters depended on the doe population; if doe numbers were low and bucks had to work hard to find a mate, hunters saw great action. In others, it seemed that mature bucks were locked down earlier than normal this fall.

Once November rolled in, the weather was some of the coldest in recent memory. This was a two-edged sword when it came to hunter success: Whitetails tended to move well, but many hunters had trouble enduring the brutal conditions to take advantage of the action. I hunted Wisconsin, Minnesota and Illinois in the days following peak breeding and the rut activity was actually better than the pre-rut time frame I typically enjoy. Firearms season harvest numbers reflected the status of the deer population, with several states reporting double-digit declines in their kill totals. It’s going to take a couple of years for deer populations to rebuild in the Midwest, and hunters will have to adjust to seeing fewer deer.

As we wind down another season of rut reporting, I expect to see some tremendous bucks killed in the next week or two, like the 180-class Wisconsin giant above, shot during the Badger State’s late muzzleloader season. The secondary rut should be kicking in shortly, and if December weather is even close to winter-like, mature bucks should be highly active in the next 7 to 1 0 days. And if those animals elude hunters, we’ll just have that much more to look forward to when next fall’s rut reporting season begins again!