Many hunters (including me) are hesitant to hunt mornings during the early season, as the odds of bumping a buck... 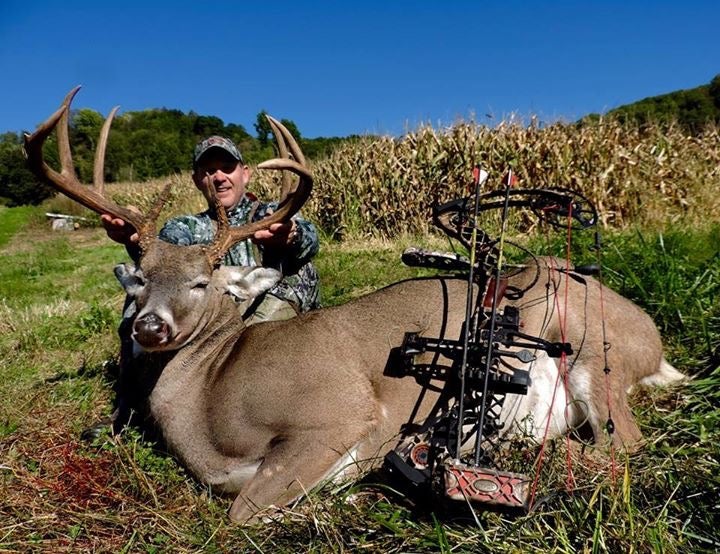 Many hunters (including me) are hesitant to hunt mornings during the early season, as the odds of bumping a buck can be high. But Eau Claire, Wisconsin, bowhunter Kurt Krummenauer proved that with a covert, unobtrusive entry, even a morning setup can be deadly for a September giant.

Kurt actually missed a shot at a big buck on the opening afternoon of the Badger State bowhunting opener, but the veteran whitetailer wasn’t about to call it quits. The next morning Kurt snuck into a transition area between bed and feed, and after watching several deer, this giant 150-class 8-point appeared. Kurt made good on the shot and added the hog-bodied buck to his trophy wall.

Krummenauer’s buck came from Wisconsin’s Buffalo County, the nation’s top spot for Boone & Crockett entries. In addition to the massive amount of B&C entries, Buffalo County’s sheer number of mature bucks (read, truly mature trophies that might not make B&C minimums) is pretty astounding. Obviously, the majority of the area’s trophy bucks are shot in November, as the rut peaks and gun season comes in. But as Krummenauer’s success proves, only fools ignore the early season hunt!