Overall Activity Status: As a solid cooling front pushes onto the Plains, deer activity is ramping up as evidenced by... 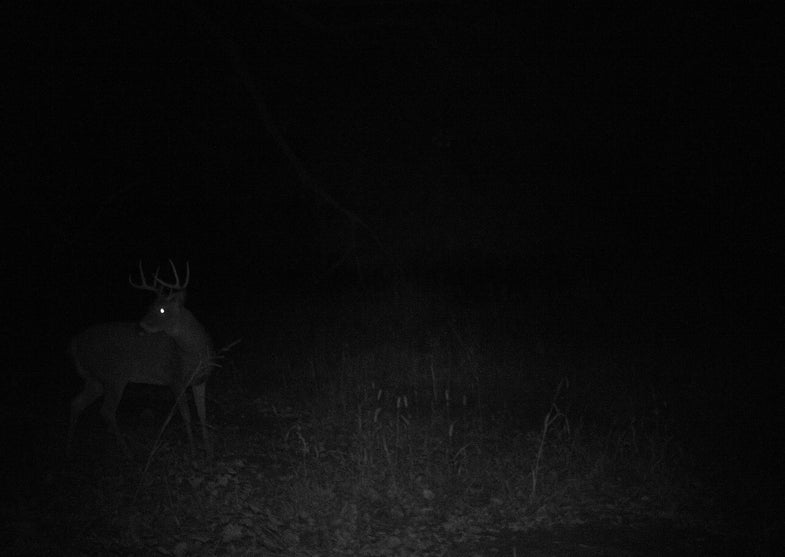 Overall Activity Status: As a solid cooling front pushes onto the Plains, deer activity is ramping up as evidenced by the number of smaller bucks showing up on camera. These young turks are also prowling around, feeling their oats as the first estrous does start cycling. I’ve had several hunters report that smaller bucks have all but come running to the grunt call—a sure sign the rut is upon us.

“I was out last Friday morning and saw a Pope and Young deer heading back to bed around 7:45. I decided to try and grunt at him, but got no response as he went into the thick brush. Within three minutes of grunting I had three young does and two small bucks in front of me. They came from opposite directions. The small bucks chased the does around, grunted, rubbed trees, scraped, and fought in a 30-minute span before finally heading off to bed about 8:45.“

Sparring: As Frazell mentions, smaller bucks are sparring, but no reports from my contacts about full-grown bucks battling it out yet. I expect to start hearing reports of busted-up bucks showing up on camera within the next week.

Rubs: These popping up across the region. Dave Chase checked in from eastern Nebraska, with report of “tons of rubs and few decent scrapes.”

Scrapes: As with the rubs, old scrapes are being tended and new scrapes showing up daily. “In a week’s time, my spot went from just a few decent trails to the rubs mentioned above and a new scrape 5 feet from my stand,” said Chase.

Chasing: Little bucks are nosing does, but no hard-and-fast chasing going on that I’ve heard.

Estrous Signs: None reported, though I’ve started to see lone does wandering the woods, a sure sign that fawns are getting weaned.

X-Factor: From north to south, farmers are in full gear right now as well, with high-moisture corn coming out by the truckload, beans getting knifed and sunflowers chopped. “With leaves coming off fast and crops being harvested, the deer are transitioning into thickets and heavy cover,” said Chase. This much agricultural activity is going to have deer on their feet more than normal, and expect to have bucks that disappeared in August show back up as their hides get harvested. This, combined with a predicted early rut, means the next 10 days could be the best time to be on stand all year. Don’t miss it.