National Summary: Colder Weather Should Fire Up the Rut

Photograph courtesy of Larry Smith/Flickr I can always count on one or more of my rut reporters to synthesize the... 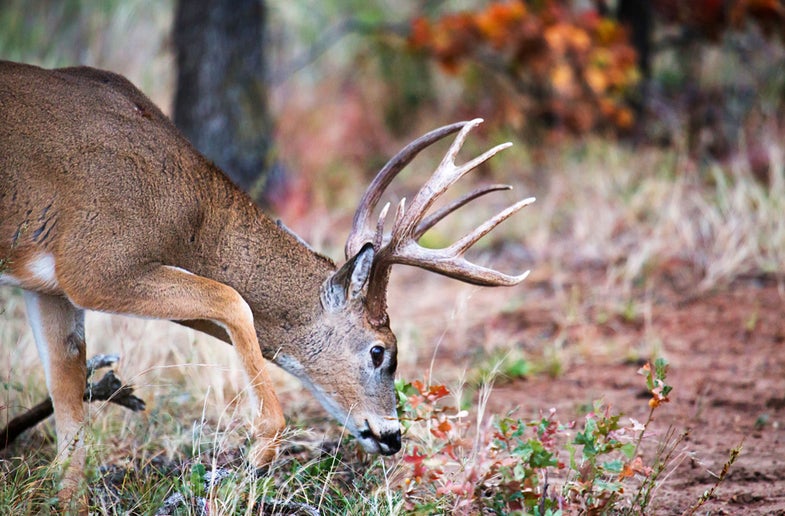 I can always count on one or more of my rut reporters to synthesize the recent action. This time it was Mid-South reporter Will Brantley, who noted that rut activity has pretty much sucked, and then explained that weather was a huge factor. He went on to point out that the action hunters observe during the seeking and chasing phases is the barometer we use to judge the rut. And by that standard, it has indeed been a tough rut so far across much of the country.

I’ve suffered through years in which the seeking and chasing behavior was nearly non-existent, and even heard fellow hunters complain that “the rut didn’t happen this year.” Of course, the next year’s fawn crop proved that, yup, there was some breeding happening, even if we didn’t see it.

Clearly, a lot of that breeding activity is going down at night this fall. For deer already wearing their winter coats, it’s just been too warm in a lot of places. The good news is that a sudden cold snap can instantly turn things around, and that’s just what we got last week here in Minnesota. After a week of slow movement in temps that pushed 70, we got a 20-degree drop, and suddenly deer were on their feet everywhere.

Great Plains reporter Dave Draper is seeing similar action, with bucks active and searching. And as Dave notes, one of the best ways to exploit this behavior is to call and rattle. I’m continually amazed at the number of whitetail hunters who don’t call to deer. So many deer hunters try to call or rattle to bucks half-heartedly, then quickly give up when nothing responds. Keep at it, be patient, and you’ll find that it works.

Finally, South-Central reporter Brandon Ray always has some great success stories in the course of a season, and last week was one of my favorites. Brandon took his 8-year-old daughter Emma to a ground blind, where she watched dad arrow a monster 8-point. Hats off to Brandon for involving his daughter at a time of year when most of us get tunnel vision. Brandon has shot some great bucks over the years, but I doubt many will be as memorable as that great Texas 8-point.