A Minnesota Trophy During the October “Lull”

Paul Orzechowksi is a veteran bowhunter with some great bucks to his credit, and he had his sights set on... 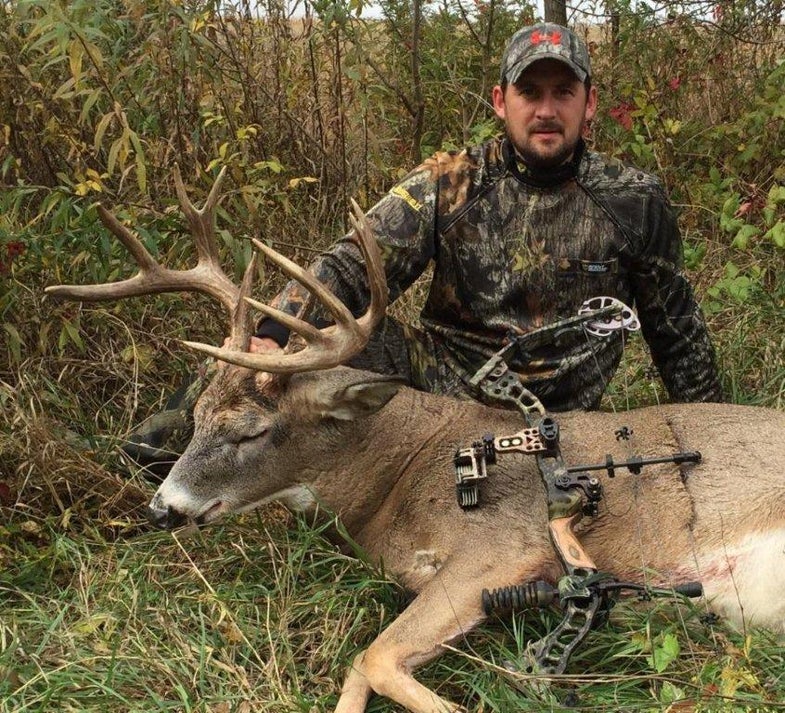 Paul Orzechowksi is a veteran bowhunter with some great bucks to his credit, and he had his sights set on another when the Minnesota archery season opened in September. “The first pics I had of this buck weren’t that impressive, to be honest,” he says. “I kind of thought he needed another year. And then I saw him. The camera definitely didn’t do him justice.”

Between trail cam pics and sightings, combined with his knowledge of his hunting area, Orzechowski felt that he had a good chance at the buck. “I had his core area pretty well nailed down, but I tell you what; the two of us were in a real cat-and-mouse game for awhile,” he laughs. “When he was in velvet I had a bunch of daylight trail cam pics of him, both morning and evening. When he shed velvet though, the evening pics just died. I thought ‘Oh, here we go…’ but he stayed very active in the mornings.”

Paul had high hopes for the opener. “I took Monday off, so I could hunt a three-day weekend for him. I sat all day Saturday, then both evening and morning Sunday, and didn’t see him. On Monday I was late getting to the stand in the morning, and didn’t see a deer. But I pulled the card from my camera and when I looked at the pics, he’d walked right by my stand Monday morning, just after shooting light!”

That was just the beginning of Paul’s cat-and-mouse game with the buck. “Two weeks ago, I hunted Friday morning and evening and didn’t see him. I couldn’t hunt Saturday, but I pulled the card when I came back to hunt Sunday. I hunted that evening and didn’t see him, got home and looked at the pics, and—you guessed it—he’d been through there Saturday, when I wasn’t there.

“Finally I had an encounter with him. It was a morning hunt, and I heard grunting. A doe started heading toward my stand, and he was a little ways behind her. He wasn’t dogging her hard, and she lost him in the thick brush. He eventually gave up and just started feeding and rooting around, but out of bow range. I was in a ladder stand, and for some reason he just picked me off up there. I hadn’t moved, but he just nailed me and left. I knew I wasn’t going to kill him from that spot, assuming I was lucky enough to see him again.”

Paul knew the buck was coming off a cornfield in the morning, and following a fence line back to the timber before bedding. “I decided to hang a set closer to that cornfield, where the fence line came off the field,” he said. “So last Monday (Oct 13), I got in there early, and when shooting light came I could hear him coming down that fence line, grunting as he walked. He was alone, so I guess he just liked to grunt! I stood and grabbed my bow, and when I tried to clip my release to the string I knocked the arrow off the rest! I managed to get that back on, and then he was there, at 30 yards, but walking. I grunted to stop him and he gave me a perfect broadside shot.” The heavy-racked 10-point sported a split G2 and scored 155-7/8” B&C.

Paul’s hunt is an excellent example of using trail cam photos and intimate knowledge of terrain to set up an encounter. Paul knew the buck wasn’t afraid to walk in the daylight, and preferred mornings to evenings. The hunt also proves that, in some cases at least, spooking a buck does not cause him to flee his core area. And finally, Paul’s persistence shows that sticking with a buck you know well can pay off!