Peak breeding, which occurs somewhere around November 13-15 across much of the North Central region, may well be past. But... 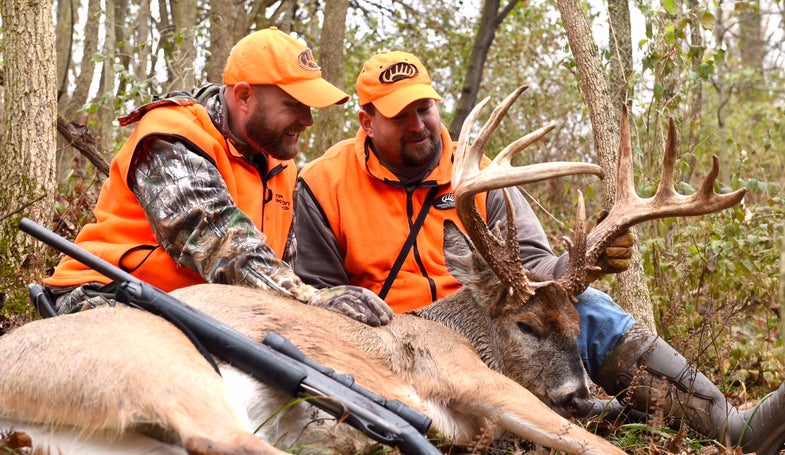 Peak breeding, which occurs somewhere around November 13-15 across much of the North Central region, may well be past. But that hasn’t slowed the big-buck action one bit. Just this past week, Field & Stream Deputy Editor Dave Hurteau bowhunted with me here in Minnesota, and that hunt proved to be the most exciting of the season. Dave had two different shooter bucks within bow range on separate days; both were mature animals out prowling for does. And I enjoyed a five-buck morning that was my most productive stand time of the season. While none of these bucks managed to wriggle into one of our deer tags, they sure provided some exciting action during a brutally cold week.

After our Minnesota hunt, Hurteau and I joined the folks at Whitetail Properties and Jason Gilbertson from Winchester Ammunition for a three-day shotgun hunt in central Illinois. Neither Dave nor I (or Jason, for that matter) were lucky enough to get a big buck in range, but we all saw plenty of animals, as well as plenty of chasing activity by immature bucks.

Other hunters in camp fared better…much, much better. Joe Gizdic, broker and land specialist for Whitetail Properties, scored on an awesome 160-inch ten-point buck early on opening morning. Then the next evening, WP Marketing vice president Paul Sawyer (above left, with Gizdic) killed this incredible main-frame ten-point with stickers, mass, and character that pushed its gross B&C score to 183 5/8. While this buck was well known to Gizdic—he had several years of shed antlers and trail cam pics—no one had ever actually seen the whitetail until that hunt.

These experiences proved something important to me: It’s natural to get excited about the late pre-rut and the days leading up to peak breeding, but some of the best action can occur on the back side of the peak. This is the second year in a row I’ve enjoyed my best hunting late in November, and I’m convinced it’s because bucks have bred the first round of does and are eagerly looking for more. It was an important reminder to be patient, and keep hunting smartly — and hard.