It’s an odd period of the whitetail rut. Most everywhere I look I find fresh rubs and new scrapes, yet... 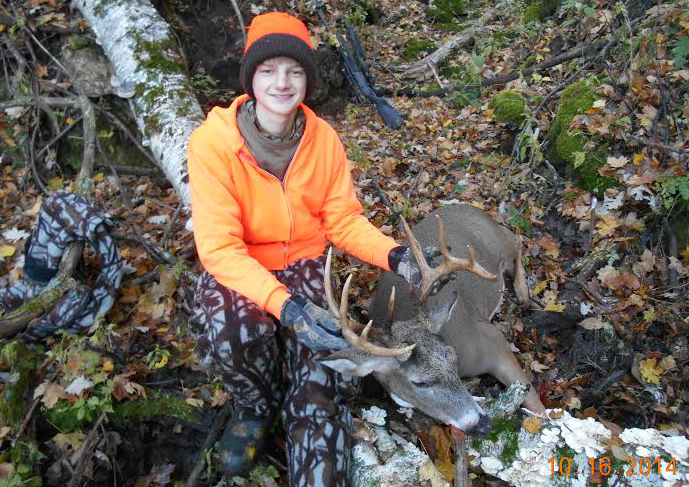 It’s an odd period of the whitetail rut. Most everywhere I look I find fresh rubs and new scrapes, yet putting eyes on the bucks that made that sign is almost maddening. And I’ve got plenty of company. Hunters I’ve talked to across the region are experiencing much of the same. As one friend joked, “It’s pretty clear I want the rut to happen more than the bucks do!”

Still, there are success stories. My good friend Bob Wick accompanied his son Nathan on the opening morning of Minnesota’s annual youth deer hunt last week. Sitting in a shooting house they’d built together just this summer, Bob and Nathan watched the sun rise on a beautiful October morning. The father-son team had situated the blind to overlook the gap between a standing cornfield and a hardwood ridge. They hadn’t been hunting long when a gorgeous, 135-inch ten-point appeared on the trail. Nate, a 15-year old with many fine deer to his credit, made a perfect shot on the buck. After a short 60-yard tracking job, the Wicks had some happy work to do: hauling the trophy out of the woods, then caring for the meat and the cape for the taxidermist. That’s Nate above with his buck. Congrats to father and son!

“I’ve been getting some very nice deer on trail cams, but almost always at night and the same bucks, which I believe are the dominant bucks in that area. I am seeing smaller bucks out in the fields, trying to figure out where to go so they won’t get their butts kicked by the big ones. I expect to start getting more daylight—dawn and dusk—pics within the next week, and then as the rut picks up the cameras will be capturing midday movement. Right now, I’m focusing on stands on scrape lines that connect a bedding area and a hidden food source like acorns. I cheat the stands toward the bedding spots, because most of the mature bucks are just not getting on their feet until last light on an afternoon hunt.”

As the calendar clicks away the last 10 days of October, I expect to hear more and more success stories from the region’s hunters. But for right now, savvy hunters will keep scouting, monitoring the freshest sign, and hunting conservatively.