Climb Down and Go Get Your Buck Now

It’s hard to paint with a broad brush on such a large region, but I think it’s safe to say... 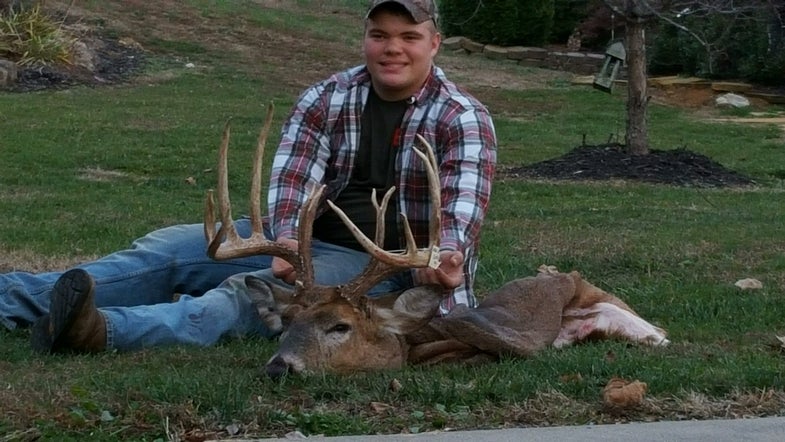 It’s hard to paint with a broad brush on such a large region, but I think it’s safe to say that in the upper Midwest, we’re on the backside of peak breeding. This part of the rut can be frustrating for hunters, especially those who limit themselves to stands and blind; if you’re not sitting where the action is, you can face some long, deerless hours. This is a perfect time to take a page from Ben Reynolds’ playbook.

Reynolds, owner of BBT Outfitters in West Baden Springs, Indiana, is a big fan of still-hunting and stalking, techniques that are not widely practiced in the Midwest, but certainly work for him. Reynolds has not only been successful with these tactics himself (his best buck scores over 190 inches); he’s also taught them to his sons, Colton and Hunt. Both boys used ground-pounding tactics to tag a pair of dandy bucks this past week.

Colton’s buck (in the top photo) was taken as he still-hunted a riverbottom near the family farm. “We didn’t have much of an acorn crop this fall, and when that happens, most of the buck activity seems to focus on the river and creek bottoms here,” Reynolds says. “So I told Cole to still-hunt the edge of the riverbottom one afternoon. He was slipping along when a decent 8-point popped out of the timber and into the field in front of him. He was watching that deer when he heard something behind him. It was a great buck, a deer that had either let him slip past as he was bedded, or had just wandered in at the same time the 8-point did.” 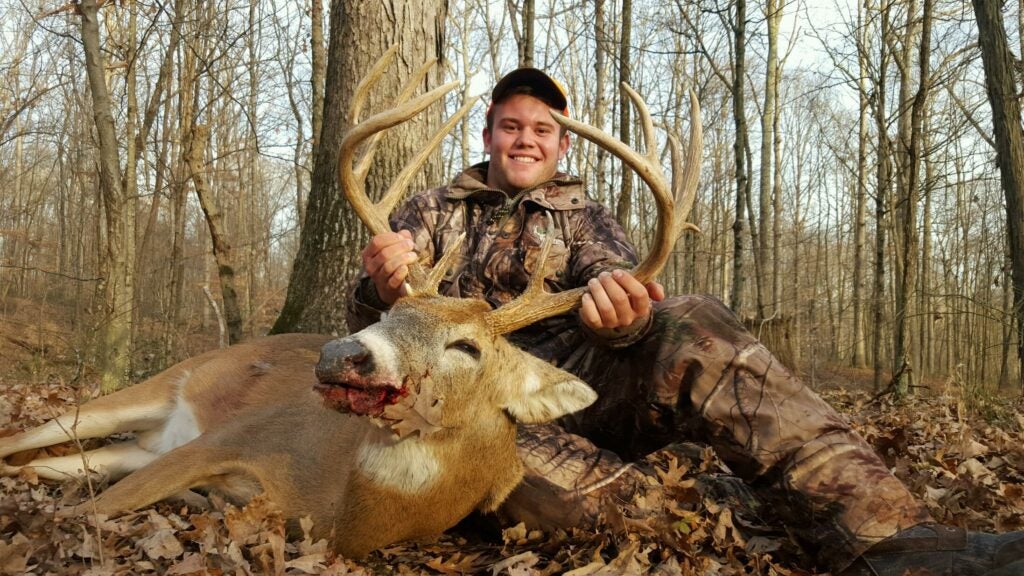 Helping his other son, Hunt, get his buck was a no-brainer for Reynolds. “I actually saw the buck follow a doe into the same little block of cover where I’d killed my biggest buck,” he says. “So I just told Hunt to follow a fenceline that leads to that timber, and to keep his eyes open because he’d probably see them bedded in there if he took his time and stayed quiet. He was just getting close to where he should be able to see into the timber when the doe decided it was time to get up and feed in the field. The buck followed her out, and Hunt made the shot.”
Getting on a big buck during the latter stages of the rut can be difficult, but as the Reynolds family has proven, staying mobile can pay off big time.