Hunting the Lockdown in Missouri

I’m filing this report from northeastern Missouri, where F&S Deputy Editor Dave Hurteau and I have been enjoying a rifle... 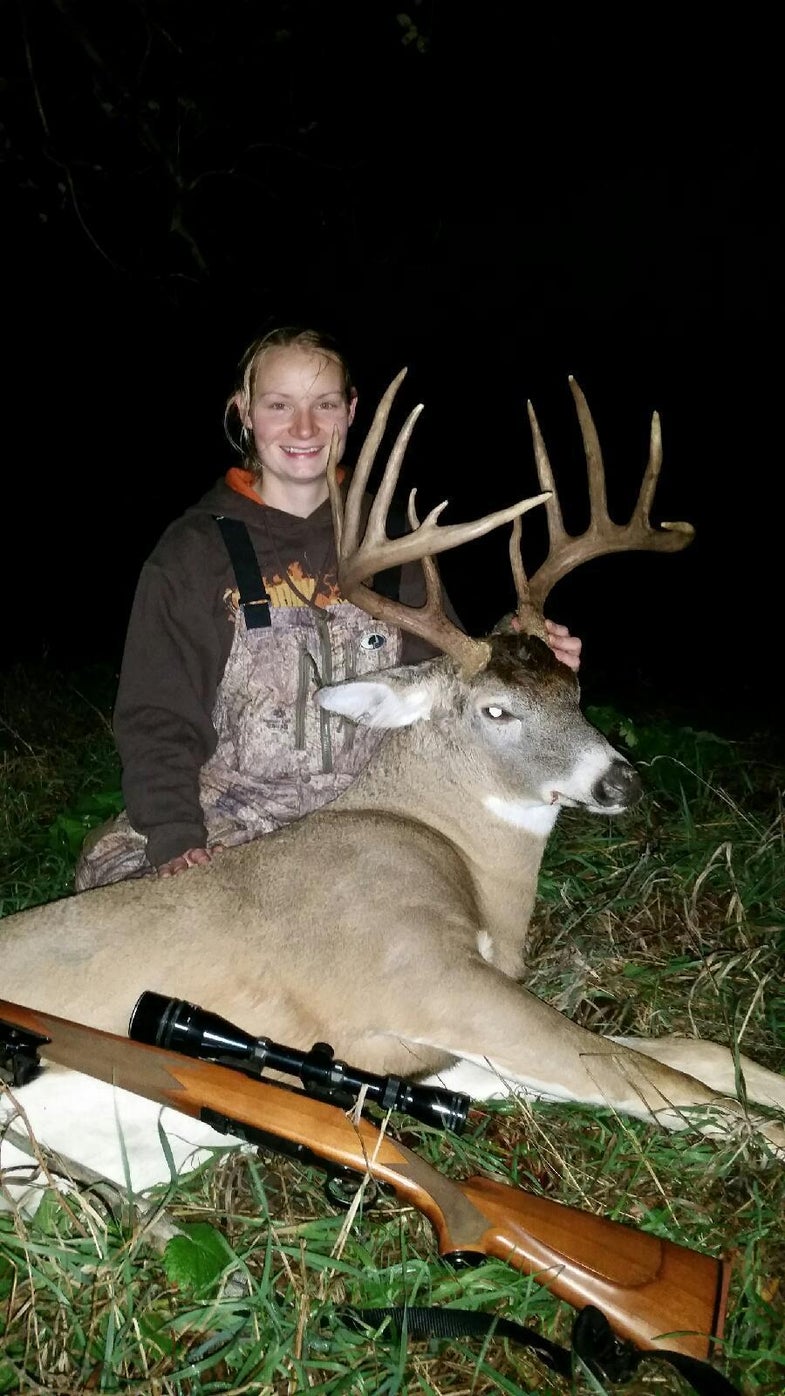 We are, however, firmly in the peak of the breeding cycle. Most of the big boys are locked down with or trailing tight behind, does. When the conditions are like that, killing a big whitetail can come down to a lot of luck and patience. Bucks are no longer interested in scrapes or rubs; they are either with a doe or looking for the next one. In my experience, success often means knowing the hot food sources used by area does. Does being bred by bucks are often laying up in odd, small patches of cover where bucks push them, and usually those covers are close to some grub. And when a buck is looking for his next doe, guess where he goes? You got it: food.

I had a fantastic encounter with a giant 8-point yesterday evening in just such a spot. Ogden put me a tripod stand overlooking a cut beanfield, and I watched a pile of does and young bucks come in to feed as the afternoon wore on. With about ten minutes of shooting light left, a big doe led the 150-class 8 into the beans right by my stand. But when I put the scope on the buck, all I saw was a blur, as a day full of rain and high humidity had fogged the glass. He was close enough that I probably could have centered the buck in the scope and killed him, but I passed the shot and let him feed with his doe. I don’t like uncertainty when I shoot, and the encounter was nearly as thrilling as a kill.

Things worked out much better this week for Anita Blakeman, a Wisconsin resident who was hunting the Missouri property she and her husband own. Anita was in a stand overlooking a milo field. She hadn’t seen a deer, but she kept glassing and finally spotted a doe bedded in the milo. Tending her was a fantastic 10-point, and the breeding pair was only 80 yards away. Anita made a perfect shot on the giant typical, proving that even when bucks are in lockdown, patient hunting near a good food source is a successful tactic.