Minnesota Youth Hunter Bags a Beast of a Buck 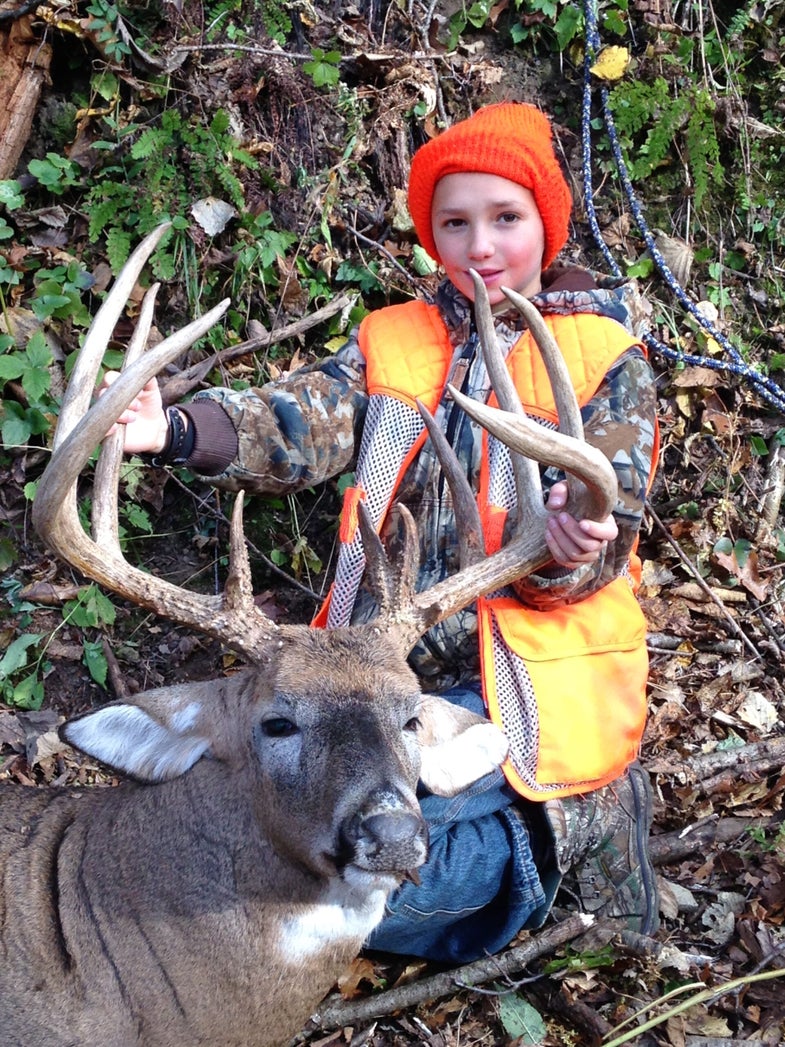 “It’s kind of a tradition for my kids to go with my older brother, Todd, on their first deer hunt. Todd is an expert outdoorsman and our family hunting guru; he’s the guy who got me into hunting was a kid, and he’s taken my other kids, Jacob and Grace, out and helped them both get their first deer. So Charlie kind of claimed Todd for his guide, since it would be his first hunt!

“They hunted the morning from a box blind that Todd built several years ago, and they saw a few does. That afternoon they returned to the blind, which is situated by a picked bean field. A couple does came out, and suddenly Todd reached for the shooting sticks and whispered to Charlie to grab his gun, because a shooter buck was walking in. Todd runs several trail cameras and knows most of the bucks on the farm, but he had never seen the tall-racked buck that was heading right for them. They managed to get Charlie set up on the shooting sticks, and Todd told him to shoot whenever he was ready. When Charlie took the shot the buck kicked and ran off, dragging his front leg.

“Todd suspected the shot was a bit low, but they found a lot of blood at the site. They left the buck for a couple hours and got some help, but when they returned, they jumped the buck from its bed after a short trail. I was at a function with my wife so I couldn’t be there, but Todd decided they better leave the buck overnight; he felt the deer had run across the ravine and on to our neighbor’s farm. We called him that evening to get permission to follow the trail onto his land the next morning, then spent a restless night waiting.

“In the morning we went back to the last blood and were following it to the ravine when the buck jumped up! He ran across the ravine and started up the other hill, but it was clear he wasn’t doing well. Suddenly the buck stopped, turned to look at us, dropped his head, and just flipped over; he did three somersaults and landed back in the ditch. Todd told Charlie to shoot again and finish the buck, and Charlie did.

“When we got down to the buck we couldn’t believe how big he was. Todd has shot some really big bucks, but he told Charlie he had never seen anything this nice. And his body was just monstrous. We got a 4-wheeler down there, but we couldn’t even get him up on it! We registered the buck at a nearby tavern, and there was a wedding reception going on there. It must have been full of deer hunters, because people started pouring out of there to admire the buck. Charlie came up to me and said ‘Dad, those guys over there said they have over 100 years of deer hunting between them, and they’d never seen anything that big!’ He’s just been soaking it in ever since. I think he’s had a smile on his face for an entire week.”