Overall Activity: It’s been a tale of two cities when it comes to deer activity. Late last week, unseasonably warm... 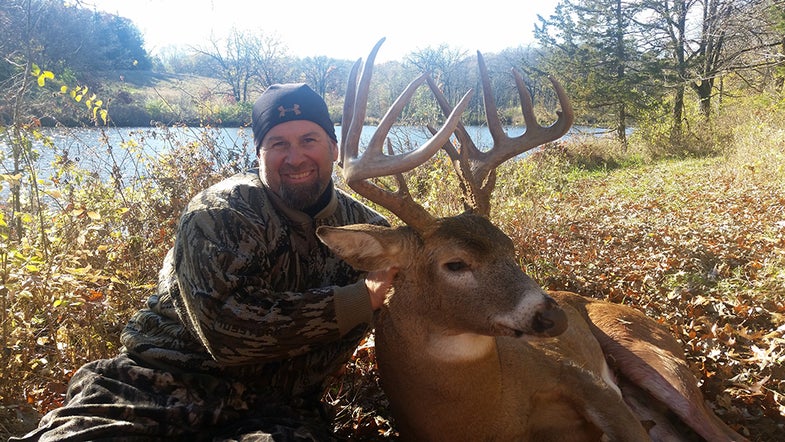 Overall Activity: It’s been a tale of two cities when it comes to deer activity. Late last week, unseasonably warm temps stifled deer movement, despite an excellent spike in mature buck activity just days before that warm front. But then a cool front pushed in that coincided perfectly with the seeking and chasing phase. Now, it seems to be pushing toward lockdown.

Fighting: While I still have no reports of actual buck brawls, the signs of fighting are clearly evident in broken tines and busted up racks.

Rub-Making: In recent scouting runs, rubs that only a week ago looked fresh and raw have turned dull and gray. While bucks will hit the most important (signpost) rubs again in the weeks ahead, the period of prime rubbing is largely over.

Scrape-Making: This is a mixed-bag report. In some areas (like mine), only the most important scrapes are being worked right now, with bucks zipping by created scrapes and checking them quickly for estrous scent. In southern Indiana, home of BBT Outfitters, head guide Danny Clipp says the season’s best scrapes are still being tended by mature bucks, which are still in the seeking phase.

Chasing: There’s plenty of chasing going on, both by immature bucks and big boys that are between ready does.

Estrous Signs: Iowa outfitter Tony Sehman, owner of Thunder Ridge Outfitters, says that rutting activity has been peaking in his area. “The dominant bucks in the area have had their first doe and are up looking for another. It’s like there was a first lock-down and now those bucks are seeking again, and the other bucks are following suit. One of my hunters shot a 161-inch buck late last week (see photo above), and just this weekend another client tagged a buck that grossed 198. That last buck was one we’d never seen or had pics of, which tells me lots of bucks are back in that seeking mode after having their first doe.”

X-Factor: Weather and pressure. If cooler temps continue, expect solid rut activity to continue. Significant rains—forecast for this week—could slow hunter activity until conditions improve. Also, firearms seasons are soon to start (or have already) in the region; Minnesota opened this past weekend, and Michigan and Missouri will open soon. While this influx of hunter pressure won’t interrupt breeding, it may alter where that action occurs. Expect pressured deer to shift their rutting activity to secluded, off-beat or thick cover, where they encounter less hunting pressure.