More Rut Activity, Though the Bigger Bucks Not Always Showing

Overall activity status: Generally, deer movement has been good across the region, thanks to a ramp-up in rut activity and... 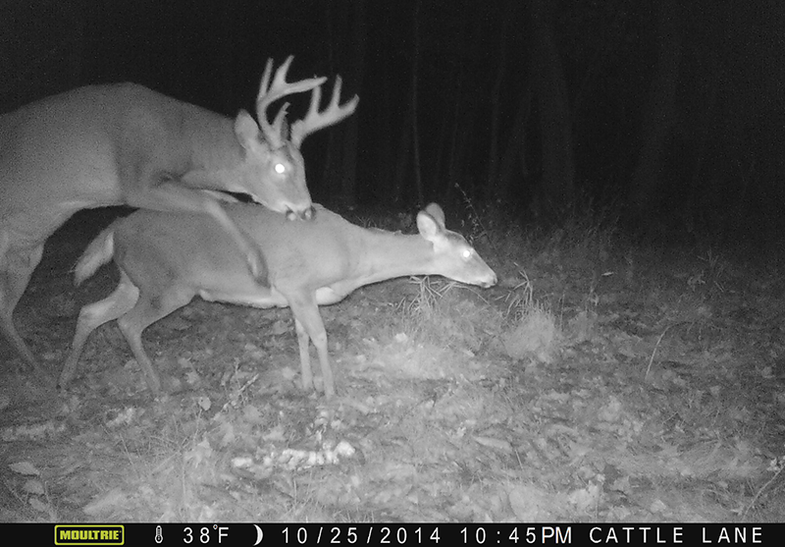 Overall activity status: Generally, deer movement has been good across the region, thanks to a ramp-up in rut activity and some great weather; the first snowfall of the year is expected to hit the upper Midwest as we head into the weekend. That said, reports I’m receiving from the region’s big-buck nuts indicate that mature deer action has been spotty. More on the reasons for this later.

Fighting: While no one has reported seeing a fight, signs that they’ve been happening are everywhere, in the form of broken tines and otherwise busted-up racks.

Rub making: Scouting has revealed a few fresh rubs, but they’re on the wane as bucks concentrate on finding does. One thing I’ve noticed in this period is that many mature bucks work already-established rubs and rub lines. This activity can be harder to detect, but I’ve seen it nearly every year.

Scrape making: Some field-edge scrapes are drying up. But community or “hub” scrapes, made back in the timber and often in travel corridors, continue to receive attention from bucks and does. My trail cams reveal lots of action by mature does at scrapes, in addition to the expected buck visits.

Chasing: I’ve watched one full-bore chase and a couple of half-hearted attempts. The former was by a younger buck, which dogged a doe in an alfalfa field for several minutes before she used a nearby CRP field to elude him. The half-hearted try was by a 3 ½-year-old that nosed a doe a few times, recognized that she wasn’t ready, and gave up. This is typical mature-buck behavior; they rarely waste energy on does that won’t receive them.

Daytime movement: Generally good to excellent. The cool temps have kept deer on their feet and feeding. However, as rutting activity has ramped up and bucks are badgering does at food sources, does are getting reluctant to show themselves for very long in open areas.

Estrous signs: As the photo above shows, breeding activity has been on the rise. My friend Bob Wick (who tagged a dandy 8-point this past weekend) sent me a series of trail cam pics of this buck—a mature main-frame 8-point he’s known for two seasons—breeding a doe. It’s happening all over the region, right now, and one of the reasons many hunters aren’t seeing big bucks. That said, mature bucks typically tend an estrous doe only two to three days before moving on to find another. So patience pays when hunting such a deer.

X-Factor: Firearms season. The Minnesota opener is this weekend, and others are on tap in Missouri and Michigan next week. As more hunters enter the woods, breeding will, of course, continue to happen. But it might shift to thick-cover areas where whitetails feel safe. Hunters should move their efforts to these sanctuaries, or to the trails and funnels that feed them.