It’s hard to believe that another deer season has either started or looms ahead, but here we are, and the... 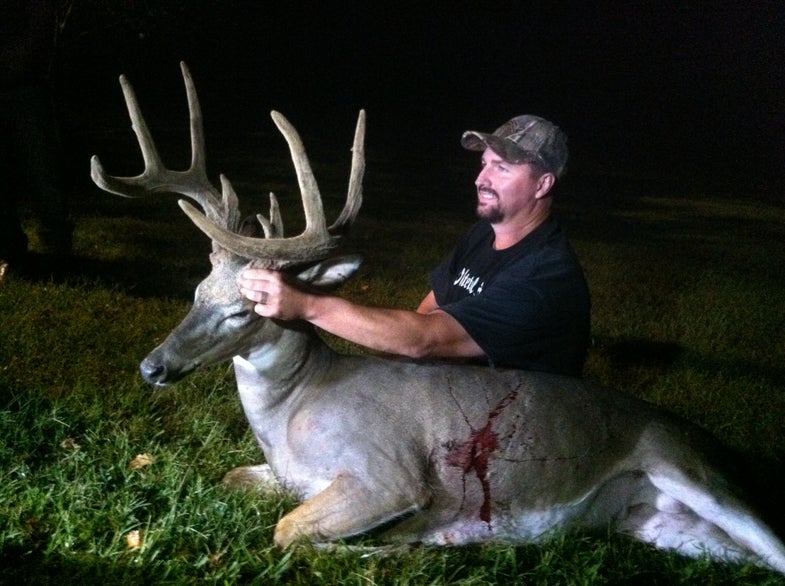 It’s hard to believe that another deer season has either started or looms ahead, but here we are, and the newest rut reports are packed with optimism and great advice from our team and the experts they’ve assembled.

Though we call this the Rut Report, the majority of the country’s deer are, of course, weeks away from breeding. The happy exception is in Florida, and Josh Honeycutt’s report from the South reminds us that even in what’s often the warmest region in the country, whitetails are going at (and even recovering from) rutting activity already. I don’t think I have camo clothing light enough for that August Florida rut, but I doubt that would stop me.

Elsewhere, bucks are on predictable, late-summer patterns based on food. I just spoke to Dave Hurteau who is hunting with Cabela’s at Whitetail Heaven Outfittters in north-central Kentucky this week, and he has seen several great bucks come into camp already, including the great velvet buck in the photo above.

One thing that jumped out at me as I reviewed the latest reports was the abundant rainfall across much of the country this summer. Reports from Texas (Brandon Ray) to the Mid-South (Will Brantley) reminded me that a rainy summer results in a flush of natural deer foods, making it critical for hunters to know the grasses, forbs, and hard and soft mast foods available to deer in their hunting area. With such an abundance of feed, whitetails can be maddeningly fickle in their dining choices; they’ll be on one source for a while and then suddenly switch to another, often to the exclusion of most everything else (at least for a time). The most common example of this is a bumper acorn crop, which will lead whitetails away from food plots and ag crops where we often wait for them. The wet summer of 2015 will insure that most natural deer foods will be in great shape, and hunters who know these foods will be better equipped to stay on deer.

Another trend that caught my attention in several posts was the high prospects for shooting a trophy buck this fall. From Mike Shea’s Northeast report, to the western end of deer range covered by David Draper and Brian Strickland, it appears that the right combination of factors (lower populations, abundant food, and a relatively mild winter) are in place to produce some big antlers. I’ve talked at length with Justin Spring, associate records chairman with the B&C Club, on this topic. While many hunters have worried about lower deer numbers in their regions ((justifiably, in many cases), Spring reminded me that many of the top B&C deer have come from areas of relatively low population. The decreased competition for food and lowered social stress are thought to be crucial components for growing big antlers. So if there’s a bright side to the rough EHD outbreaks a couple of years ago (and the tough winters in others) it’s that we should be able to look forward to some awesome top-end bucks in the aftermath.

But whether you’re waiting for a Booner or just happy to tag any buck, we hope you’ll tune into Rut Reporters for up-to-date information from our team of experts on what’s happening in your region. And we want to see your trophy photos and stories, too.