Photo courtesy of Larry Smith/flickr.com. With the rut pretty well wrapped up across most of the country, and most of... 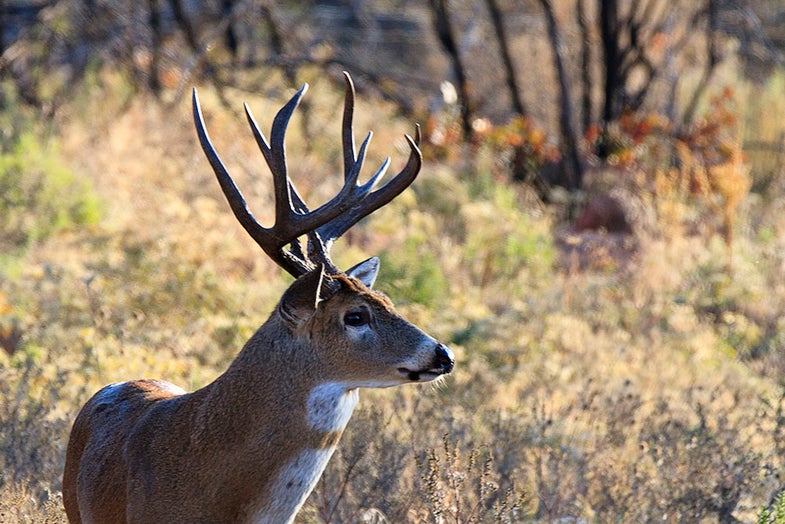 With the rut pretty well wrapped up across most of the country, and most of our rut reporting ending for the year, it’s a good time to draw some broad conclusions about the 2015 deer breeding season. As a former teacher, I haven’t graded anyone or anything for a long time, but what the heck, let’s give the 2015 rut a report card. If you want to argue my grades, call the office and arrange a conference. Here goes:

Everyone knows that cold weather and a rocking rut go hand in hand, and with few exceptions, cool temps were truant for much of the fall. Hunters in the mid-South were sweating through 70s in November; folks in the northeast thought they were on spring break; and in huge chunks of the heartland, deer hunters didn’t know whether to it sit in a treestand or chase walleyes one last time. A few minor cold snaps and scattered weather systems were all that kept this category from an epic fail.

Across much of the country, the 2015 rut seemed to progress in fits and starts. Again warm weather was a big part of it, but I’m rarely content blaming just one thing for a poor rut. Another factor to consider is reduced deer numbers in many areas, as a result of planned herd reductions, EHD, and loss of habitat. When I think about the rocking ruts I’ve experienced in the past, most often I was in an area packed with deer. Now there are simply fewer deer, so the chance of seeing, for example, multiple bucks dogging a single doe, is diminished.

Also, recent data shows that there are more mature bucks on the landscape now than there were only a decade ago. Researchers will tell you that older bucks are less conspicuous about breeding. They don’t, for example, chase a doe that’s not ready across the country, but instead wait until she’s in estrous and stroll in to do the deed. So perhaps those frenetic days are increasingly a thing of the past. Consider that Plains reporter David Draper chronicled throughout November that the rut was fairly lackadaisical, but his year-end report noted the giant bucks that were killed during this fall.

There are really two measures to work with here. The first is sheer numbers, but lacking harvest stats, I’d only be working from impressions. It’s probably a safe bet that the overall number of harvested bucks is down again this fall, given the lower populations across much of the country. Using that scale, I’d go no higher than a C.

The second is an evaluation of top-end bucks. While B&C are P&Y are still compiling the year’s best whitetails, I’m guessing that the results will be pretty solid here. Hurteau hunted Kentucky in September and watched monster after monster fall. Draper’s Plains report was full of great bucks, as was the Strickland’s in the West. And here in the Midwest, I’ve got a growing clipping file of monsters shot just in Minnesota and Wisconsin, with Iowa, Illinois, Missouri, and Indiana not even accounted for. Overall, I think the Monster Buck test gets, at worst, an A-. Both factors combined results in a B.

This is totally subjective, but I’m the one doling out grades, so what the heck? I’ve been covering the rut for a long time, and one thing never changes; the guys who kill bucks and have great hunting are happy, and the guys who don’t tend to look for scapegoats for their suffering. But here’s the thing, and it came out in this year’s rut reports: Hunters these days know better than ever the number and size of bucks in their area. Trail cams and increased scouting tell a hunter if he’s in an area with good deer, and if so he’s usually more content, regardless of success.

Overall, I think the 2015 rut, though certainly not great, was decent. There were some fantastic bucks killed, a whole lot more seen and photographed. Maybe more important at this stage is that the good potential for a better grade next year. The fact that many bucks didn’t get tagged in 2015 because of unfavorable conditions simply means that a crop of really good bucks awaits us in 2016. Can’t wait.